#MeToo, #MuteRKelly and the shaky legacy of cancel culture

Digital protest movements like #MeToo and #MuteRKelly have raised awareness and produced real results, but social media movements also have their disadvantages. 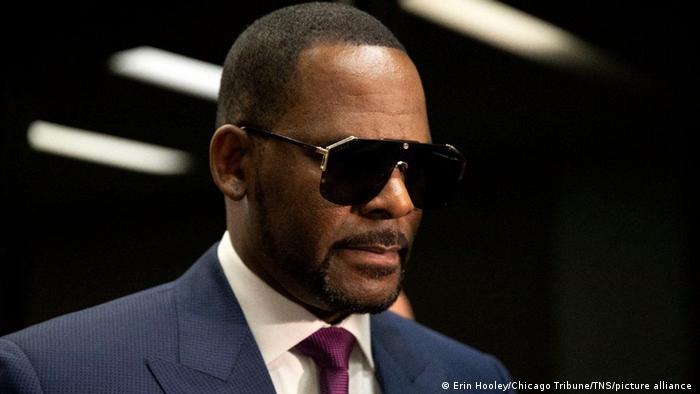 The defendant relied on a group of supporters who systematically recruited victims for him and protected him and without whom he would not have been able to carry out his pattern of crimes for nearly three decades, Geddes said.

Kelly denies all charges and has pleaded not guilty. He did not comment.

Forty-five witnesses, including alleged victims, have testified against Kelly over the past five weeks. The defense had employees and a friend speak on the singer's behalf until Monday.

After the closing arguments are completed, the 12 jury members — seven men and five women — will decide what is in store for the 54-year-old. If Kelly is convicted, he faces a life sentence.

Protest on the internet and beyond

Kelly has been banned from the big stage for some time. In 2017, activists of the internet movement #MuteRKelly called for a halt to his US concerts, urged radio stations to stop playing Kelly's songs as well as producers of music apps to remove the performer from their lists. The activists wanted to show solidarity with the victims and send a message against sexualized violence.

Quite a few artists, including Lady Gaga, turned their backs on Kelly, his record company stopped working with the artist and meanwhile, Spotify no longer suggests his songs to users. The musician has been virtually "canceled" on the internet.

Digital boycott campaigns are a phenomenon on the rise and led to the newly coined expression: cancel culture.

'Public is much more perceptive'

"Social media give us the opportunity to denounce things together," Christoph Neuberger, a professor at FU Berlin who has been researching the digital debate culture and also heads the Weizenbaum Institute, told DW. People are showing solidarity, he said, adding that users worldwide can network via Twitter or Facebook, share their experiences and stand together with their opinions on certain issues. 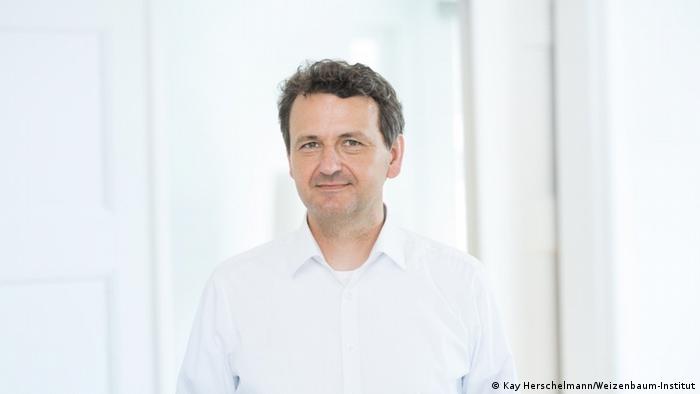 Christoph Neuberger has an eye on the digital debate culture

The #MeToo movement has been exemplary for that kind of networking. Victims of sexualized violence worldwide, especially women, have been sharing their experiences via social media for years, demanding public recognition of their structural sexist oppression in everyday life. Hollywood producer Harvey Weinstein is one of the best-known perpetrators, his crimes were made public, effectively banishing him from Hollywood.

Popular actors also distanced themselves from Woody Allen after allegations of abuse against his foster daughter were reopened in the wake of the #MeToo debate.

In recent years, society has developed a greater awareness of structural problems that include abuse and racism, hostility toward Jews and homophobia, according to Neuberger. "The public in general is much more perceptive," he said, a development that actually evolved independently of the internet. However, there was a surge at the start of the millennium, "in particular with the rise of social media."

According to Neuberger, online communities are concerned with social justice and a heightened awareness of marginalized groups. Increasingly, there is also reaction to comments celebrities make on social media.

Many fans felt Harry Potter author J.K. Rowling made comments hostile to trans people on Twitter last year in a reaction to a phrase in an article about ways to provide menstrual items in sufficient quantities during the coronavirus lockdown.

"People who menstruate. I'msure there usedtobea wordforthose people. Someone help me out. Wumben? Wimpund? Woomud?" the author tweeted, failing to acknowledge that non-binary or trans people can also menstruate.

As a result, countless fans boycotted the celebrated author. Using the label #RIPJKRowling, they made it clear they considered the bestselling author's success to be over.

Rowling fought back and in 2020 was one of the most prominent of 153 signatories to the Letter on Justice and Open Debate that slammed "an intolerance of opposing views" and "public shaming and ostracism" as dominating debate.

The signatories see a "new set of moral attitudes and political commitments that tend to weaken our norms of open debate and toleration of differences in favor of ideological conformity." Authors, artists and journalists who do not bow to this constraint must fear for their livelihood, they argue.

"There is no discussion. Once you’re out the lane, when you’re pointed out to be the bad guy, it’s very hard to have any sense of reality reflected or even of discussion," Gwen Bouvier, a communications professor at China's Zhejiang University, said, adding that the debates are highly emotionalized. 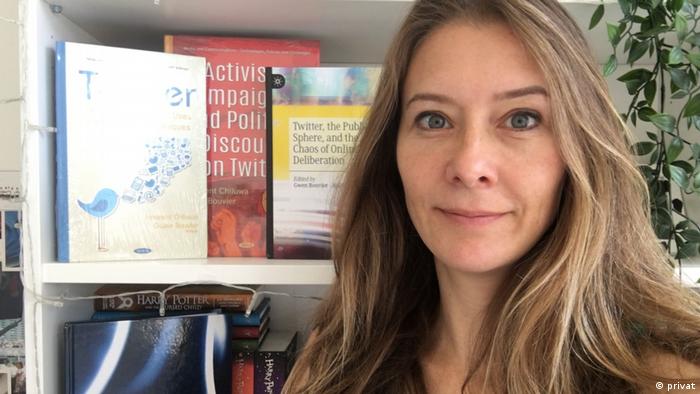 The public needs to assure itself of its moral superiority, Bouvier says

"These feeds online tend to be very emotional," she told DW, adding that "debates are more about feelings and expressing those feelings and rallying against injustice and feeling good doing this together.

"These calls [for cancelation] are about that. Rather than understanding the context of a person at different times we are actually just essentializing them, pointing out the folk devil, having fun being righteous and being seen to be morally correct," Bouvier said.

That doesn't bring about much structural change, she said. "If we really want to tackle these issues in our society and make concrete change, then we need to do more than symbolical action, we need to really have a discussion that really tries to find common understanding."

As far as social issues are concerned, people mainly want to join arms in articulating indignation and negotiating values, Neuberger said: "Discourses are conducted within which society comes to an understanding of what it considers acceptable and what it considers unacceptable." Such discussions aim to make things "public and transparent."

Ultimately, the controversies surrounding R. Kelly, Harvey Weinstein and Woody Allen have proven that public attention has an effect. Online campaigns like #MeToo or #MuteRKelly triggered discussion of abuse beyond social media, too — the first step in dismantling structural sexism.