Sunday’s Copa America final not only pits Argentina against South American rivals Chile. The match in New Jersey may finally give Lionel Messi the one thing missing from his trophy cabinet: a major international title. 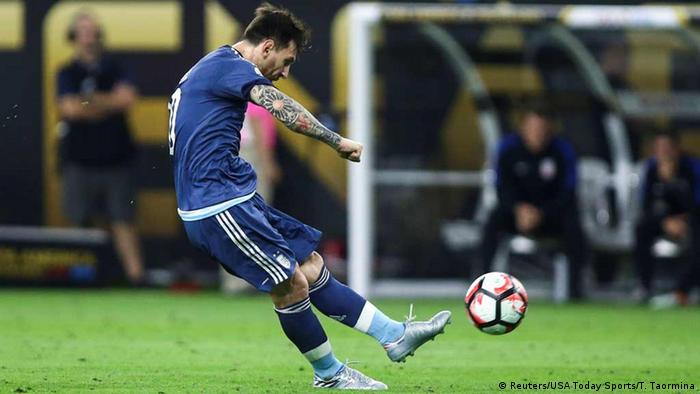 However, the five-time World Player of the Year has claimed only two pieces of relatively minor silverware with his country: the Under-20 World Cup in 2005 and an Olympic Gold medal in 2008.

Argentina have not won a major trophy since winning the Copa America in 1993 and suffered heartbreaking setbacks in the 2014 World Cup final followed by defeat to Chile in last year’s Copa America showpiece.

“Getting to three finals in a row is impressive,” said Messi, who was also in the Argentina side that lost 3-0 to Brazil in 2007 Copa America final. “I hope we can win the trophy that we so desire.”

Argentina lost to Chile on penalties in the final last year and Messi said they were better prepared for their latest campaign.

“You learn all the time,” he said. “We have been working together for another year, we are stronger as a group and we’ve really grown in a lot of ways.”

Messi has been close to his scintillating best at the Centenary Copa America, although he played the first three matches as a substitute after injuring his back in a warm-up game.

His superb free kick in the 4-0 semifinal win over the United States took him to 55 goals for his country and above Gabriel Batistuta as Argentina’s leading scorer.

Argentina did beat Chile 2-1 in their opening group match but Juan Antonio Pizzi’s side have improved since and hammered Mexico 7-0 in the quarterfinals.

“It’s a group of winners,” Pizzi said of his players after the 2-0 semifinal win over Colombia. “That mentality allows them to grow stronger and gives them the confidence to keep going.”

Chile will have midfield dynamo Arturo Vidal back after suspension and Pizzi hopes central midfielder Marcelo Diaz will recover in time from a muscle injury.

They will need all their best players on top form on Sunday if they are to deny Messi a first piece of major international silverware.