German Chancellor Angela Merkel is visiting three African countries in three days. The pressure caused by illegal migration across the Mediterranean has forced the Chancellor to revisit the continent. 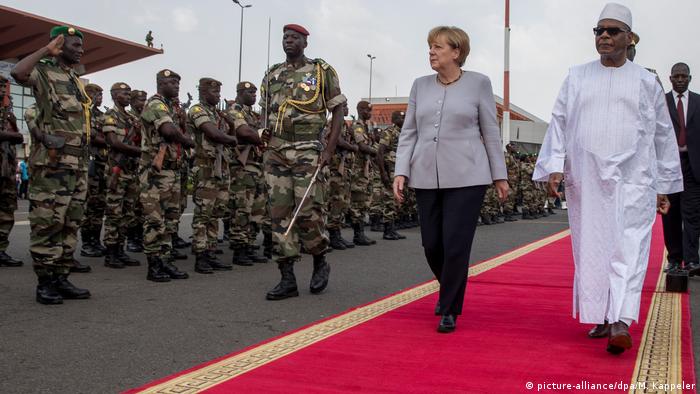 At Bamako International Airport, German Chancellor Angela Merkel walked along almost 70 meters of red carpet as a military band played the German national anthem. Many people lined up to shake her by the hand. This was the first visit to Mali by a German chancellor.

Mali is a former French colony and the francophone influence persists to this day. This is evident from the school system, public administration and the fact that at least 20 percent of the Malians speak French. But with its military offensive four years ago to expel militant Islamists, who were taking advantage of a coup in Bamako, France evidently took on too much. Now for the first time France is relying on the support of its European partners in the region. Some 540 German soldiers are stationed in Gao in the north of Mali as part of the United Nations MINUSMA mission, which is supposed to prop up a fragile peace effort. It would apear, though, that in matters of security Mali has largely been left to fend for itself.

The European Union has been training military peronnel in Mali for the last three years. Yet despite this international assistance, Islamist terrorists in 18 heavily armed vehicles and 30 motorcycles were able to capture the Malian army base in Nampala in mid-July 2016 without meeting any significant resistance, "It is now a matter of making the training of the Malian army sustainable and, of course, helping to ensure that the Malian soldiers see themselves as an army that serves one single country," Angela Merkel said. "Competing interests cannot be tolerated," she added. 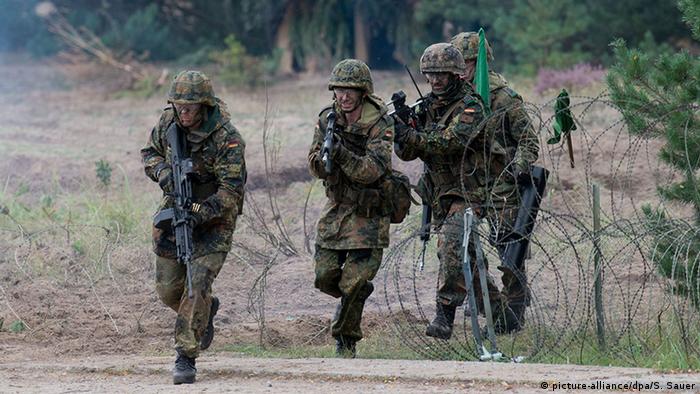 This offers some insight into what the European Union hopes to achieve with its "migration partnerships" with developing countries.
It is seeking a fundamental change in the way development cooperation is conducted. There should be more emphasis on responsiblity being shouldered by the individual developing nation. It's been suggested that a lack of effort on the part of that nation could result in punitive measures.

The situation in northern Mali is not satisfactory, but without the presence of international troops it would be even worse. Mali is one of the poorest countries in the world. However, relatively few Malian migrants have made the hazardous trip to Europe. They numbered just 6,500 last year. But smuggling routes, both for people and drugs, run through Mali. Malian President Ibrahim Boucabar Keïta says his country wants to help to reduce the large number of refugees heading for Europe. "We want our young people to stay in our country and not drown in the Mediterranean," he said after a meeting with the German chancellor. 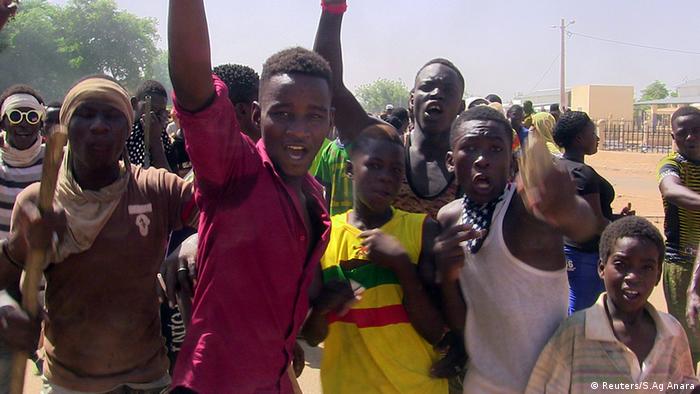 Young Malians will only stay in their country if it is stable and that stability is a goal which the German government's civilian initiatives wish to support. They include expanding sustainable agriculture and the reconstruction and the extension of the road network in the north of the country. It's a very labor intensive project. Many Malians can and must build not only new roads but also a future for themselves and their country.

It is hoped that projects like these, coupled with improvements to the education sector, will persuade Malians to stay in Mali. "I believe it is very important that the countries of Africa do not lose their best brains," Merkel said. In the long term, this will reduce the pressure to migrate to Europe.