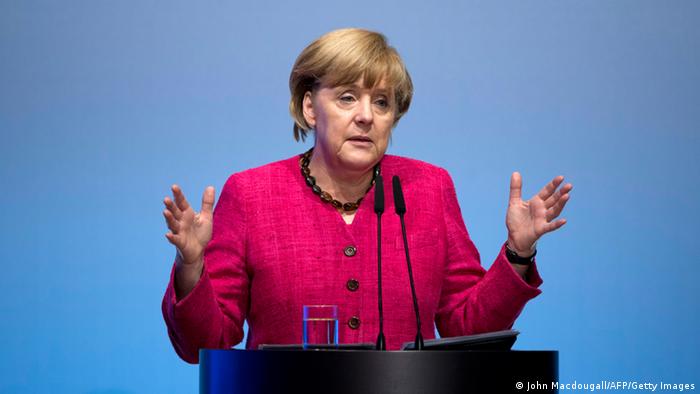 Launched in April 2012, with the motto “every age counts,” Germany's demographics summit aims to bring together representatives from politics, business and science to discuss how to respond to the trend of more elderly and fewer young people in German society.

In her speech to the summit, Merkel said demographic ageing should be seen less as a burden and more as an opportunity for change.

"We are a European internal market, and we will certainly need to develop much more mobility in the labor market," said Merkel.

In order to achieve this, she called for a harmonization of social security systems in Europe, so that pensions can be received just as easily in another country.

Schwesig said that the recent introduction of a child care monetary incentitive for mothers at home was a "disasterous signal" instead of encouraging women to pursue careers.

Merkel called for greater efforts to attract skilled workers from other European countries. She said Germany should "definitely open up more towards immigration” because of the declining percentage of residents of working age.

By 2025 Germany would have 6 million fewer people of employable age, Merkel said.

She said skilled migrants often see Germany as unattractive. "Our reputation is bad: we are regarded as closed."

"We are viewed as a very complicated place to come to” she said.

Germany should present itself "as an open country that welcomes professionals," Merkel said.

She said in many places there were already many practical solutions to problems arising from an aging society. Once example she gave was multi-generational housing. "It's about preserving social cohesion," she said.

She also warned that younger German generations should not be too burdened, otherwise they could simply choose to move to other European countries. "The time is coming when significantly fewer young people must guarantee the social security of others, namely elders," Merkel said.