Merkel to talk business during trip to oil-rich nations | Business | Economy and finance news from a German perspective | DW | 28.04.2017

Merkel to talk business during trip to oil-rich nations

During her trip to Saudi Arabia and the United Arab Emirates, the German chancellor is to have talks about larger economic cooperation. Her hosts have seen their domestic economies suffer from dropping oil prices. 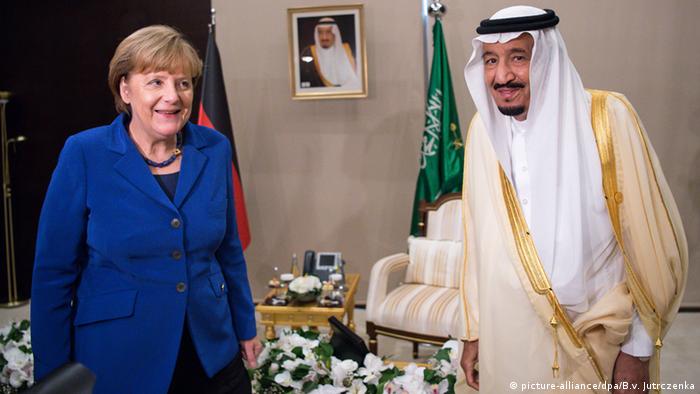 Chancellor Angela Merkel is traveling to Saudi Arabia and the United Arab Emirates from April 30 to May 1. The Saudi Arabia visit comes as July's G20 summit in Hamburg looms large.

Merkel arrives with January's decision by the German government to give the green light for a controversial arms deal with Saudi Arabia fresh in the memory. The National Security Council approved the delivery of two of a total of 48 patrol boats for the Saudi coast guard. Saudi Arabia is constantly criticized internationally for violations of civil and human rights. The Sunni royal house in Riyadh is, however, a close ally of the West in fighting terrorism. 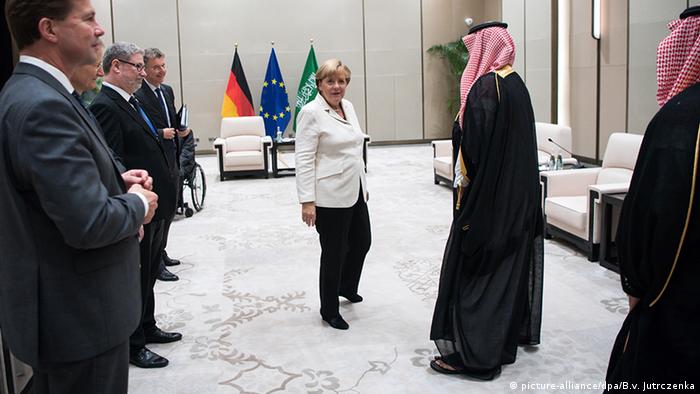 Merkel's last trip to Saudi Arabia was in 2016. Her forthcoming trip comes just ahead of the G20 summit in Hamburg.

Germany's Greens had strongly criticized this decision at the time. "Both the brutal war in Yemen and the catastrophic human rights situation, according to German rules, forbade arms trades with the Saudi Arabian regime," spokeswoman Agnieszka Brugger said. "But the German armament export regulations are obviously being given short shrift by Angela Merkel, Defense Minister Ursula von der Leyen and Foreign Minister Sigmar Gabriel."

Saudi Arabia entered the conflict in Yemen in the spring of 2015. For Riyadh, some rebels there were dangerous because they were supported by the Shiite government in Tehran. For almost two years, fighters have been bombing Huthi positions, and many civilians have been killed.

The government even admitted that Riyadh was supporting the fighters with German weapons. On April 4, 2015, Saudi Arabian airmen dropped G3 rifles over Aden, Yemen, to arm anti-Huthi militias. The guns are produced by German manufacturer Heckler & Koch. 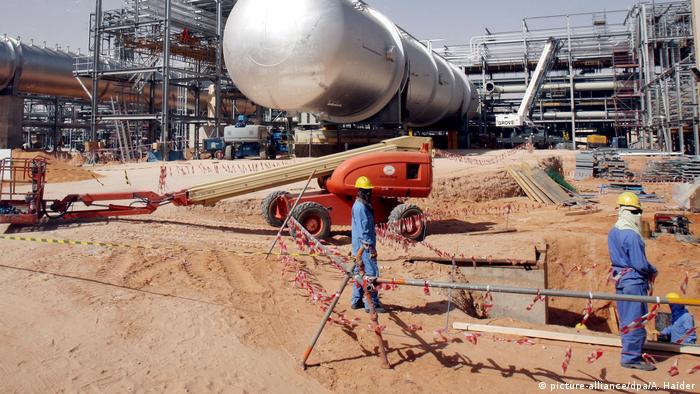 The Khurais oil field, 160km from Riyadh, extracts 1.2 million barrels of oil a day. But the Saudi economy is stuttering.

Meanwhile, Saudi Arabia's economy has been fighting an uphill battle to grow in 2017. Revenues from oil exports have collapsed and the state's savings policy has slowed both spending and investment activity.. For 2017, the International Monetary Fund (IMF) is forecasting a growth rate of only 0.4 percent. The oil and gas sector's share of the annual economic output halved in 2014 due to the fall in oil prices.

Since 2014, China has been Saudi Arabia's leading foreign supplier of goods, followed by the US, Germany, Japan and South Korea. The five largest suppliers had a share of 47 percent of total imports in 2015. Germany saw a drop in shipments of around one- quarter to 7.3 billion euros in 2016. The largest supply product, machinery, recorded a drop of 22 percent, the second-largest, vehicles, fell by 53 percent.

Economic growth in the United Arab Emirates, the Chancellor's second leg of the tour, has also slowed as a result of low oil prices. Declining state revenues from oil exports have also dampened the investment climate. Economic growth is also likely to come mainly from the non-oil sector in 2017.

The main trading partner, the People's Republic of China, reported a decrease in shipments to the UAE by about 18 percent to $23 billion in the first nine months of 2016 – more recent figures are not yet available. Germany reported a slight increase of 0.3 percent to 14.5 billion euros in 2016.