German Chancellor Merkel has said that Turkey's proposal for a "safe zone" in northern Syria may risk the lives of refugees housed there. Her statement comes as Germany struggles to cope with the migrant influx. 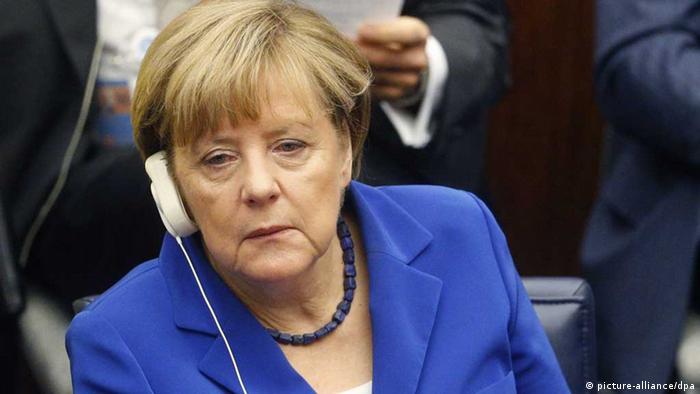 At a Christian Democratic Union (CDU) party meeting in Berlin, German Chancellor Angela Merkel on Tuesday warned of the possible fallout of Turkey's proposal for a "safe zone" in northern Syria.

"If we were not able to guarantee security, then a situation would arise that would be even worse than Srebrenica," Merkel said, referring to the massacre of around 8,000 Muslim men and boys in 1995 by Bosnian Serb forces.

Turkey had submitted a proposal calling for the creation of a "safe zone" for refugees near the Turkish-Syrian border as a way of coping with the mass influx of asylum seekers from the war-torn country.

However, Benjamin Valentino, associate professor of government at Dartmouth College in the US, told DW in September that Turkey's proposal makes refugees "vulnerable."

France said it would discuss the proposal with its partners and allies to determine its viability. 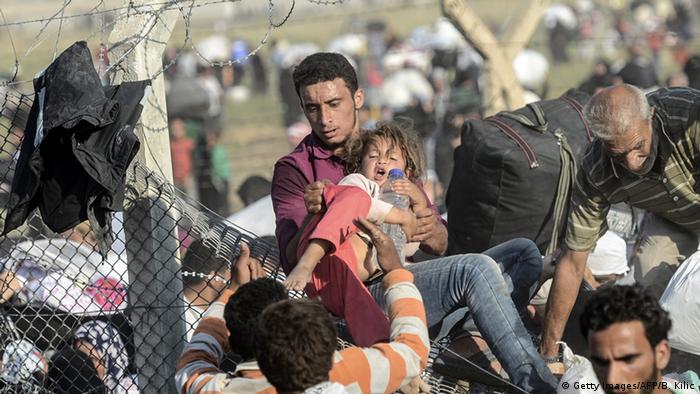 In June, an onslaught by the "Islamic State" prompted thousands to flee their homes in northern Syria

While concerted efforts to combat the "Islamic State's" presence in Syria are often met with agreement, the question of Syrian President Bashar al-Assad continues to divide the international community.

Russian President Vladimir Putin - an ally of Assad - said that he is not opposed to working with the US on fighting the "Islamic State," but added that the Syrian president was key to defeating the militant group.

Merkel said on Thursday "we have to speak with many actors, this includes Assad."

However, the US and France are opposed to including the Syrian president in any political transition.

"There cannot be a return to the prewar status quo. Let's remember how this started. Assad reacted to peaceful protests by escalating repression and killing that in turn created the environment for the current strife," US President Barack Obama said during his UN speech on Monday.

"There are dimensions that in the past we didn't have in a whole year," Seehofer said, adding that 10,000 migrants arrived on Monday.

Many of the refugees travelling from conflict zones in the Middle East and Asia head for the EU via Turkey or the Mediterranean Sea.

However, the influx has spurred divisions between eastern and western Europe, with countries like Hungary lashing out at the EU over a redistribution system while enacting strict measures to impede migration routes.

Syrian Kurdish forces have severed a key supply road linking the border down of Tal Abyad to the Raqqa city. The Kurdish YPG militia said it was pushing ahead to the "Islamic State" bastion, helped by US-led airstrikes. (15.06.2015)