Chancellor Angela Merkel has rejected the idea that her government lied about the willingness of the US to negotiate a "no-spy" agreement with Germany. This came in the wake of revelations about the NSA's activities. 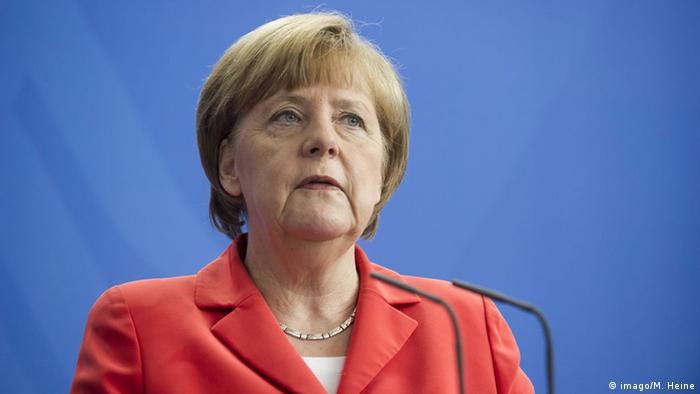 Speaking in an interview published in Saturday's edition of the Munich-based daily "Süddeutsche Zeitung," Chancellor Merkel insisted that her government had not sought to mislead the German public over the possibility of reaching a "no-spy" pact with the United States ahead of Germany's 2013 parliamentary election.

Asked by the newspaper whether her staff had lied to the public, Merkel replied: "Of course not. There were talks between the American side and us that made it appear possible to agree such a deal."

The chancellor's chief of staff at the time, Ronald Pofalla said a few weeks ahead of the September 2013 vote that Washington had offered to negotiate a "no-spy" pact. However, the "Süddeutsche" as well as German public broadcasters WDR and NDR recently reported that Merkel already knew by then that the US had not pledged to enter negotiations on such a deal, but only to consider the possibility of negotiations.

"I am convinced that he acted according to the best of his knowledge and conscience," the chancellor said when asked whether Pofalla had promised too much in his August 2013 statement.

Pofalla's comments came in the wake of revelations by former US National Security Agency (NSA) contractor Edward Snowden about the NSA's snooping activities in Germany, which caused an uproar among the media, some politicians, and the general public. Among the things to come to light was the fact that the NSA had tapped Merkel's cell phone.

Merkel and her Christian Democrats (CDU) have recently been facing criticism from their coalition partners, the Social Democrats (SPD) over their handing of the most recent allegations regarding the NSA, which suggest that Germany's BND intelligence agency had, perhaps inadvertently, helped the Americans snoop on European companies and individuals.

The NSA had provided the BND a list of "selectors" or search criteria, which it asked the Germans to use in surveillance activities conducted from the BND's facility at Bad Aibling in the south of the country.

The Bad Aibling facility was meant to gather data coming out of places like Somalia and Afghanistan, but in recent weeks it came to light that some of these selectors provided by the NSA helped it spy on European companies and officials.

Appearing before a German parliamentary inquiry earlier this month, the head of the BND conceded that mistakes had been made in vetting the NSA selectors prior to August 2013. Now the SPD is demanding that this list of selectors be released to the Bundestag inquiry.

In an interview published in Saturday's edition of the "Passauer Neue Presse" newspaper, the deputy chairman of the SPD, Ralf Stegner, called on the chancellor to use next week's G-7 talks in Bavaria to press US President Barack Obama to release the list.

While she did not refer to this particular affair, Merkel stressed the overall need for the BND to cooperate with the NSA.

"I am deeply convinced that in the interest of the security of our citizens we need to cooperate with the United States as well as our European partners on intelligence," she said.

The chairman of a German parliamentary inquiry has denied a report that the country's lawmakers leaked secret data about cooperation between US and German spy agencies. However, he said the cooperation was necessary. (24.05.2015)

One in three Germans have said their trust in the government is shaken. Regardless of the media outrage over the allegations that German intelligence helped the NSA, Angela Merkel wasn't rushing to offer an explanation. (20.05.2015)

Reports that Germany's foreign intelligence agency helped US agents to snoop on European targets could leave it isolated. Several foreign agencies are believed to have called cooperation with Berlin into question. (10.05.2015)