A shoo-in for the most powerful woman on earth each year, Angela Merkel has climbed to second in Forbes' list of most powerful people. China's impending leadership change helped her climb the league table. 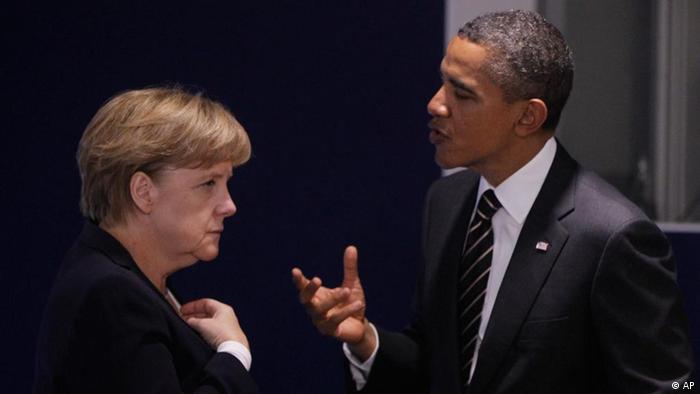 Angela Merkel has overtaken outgoing Chinese President Hu Jintao - struck from the list entirely owing to his imminent departure - and claimed second place in Forbes' list of most powerful people. Only US President Barack Obama - an obvious choice at the best of times with the world's most powerful military and largest economy under his thumb, let alone when freshly re-elected - is ahead of the German chancellor.

The magazine named 71 people, saying this number was designed to reflect the estimated global population of 7.1 billion. In other words, they're aiming to showcase the top 0.000001 percent amongst all of us.

"There are 7.1 billion people on the planet. These are the 71 that matter," the magazine decrees at the top of its list.

It's Angela Merkel's day - she was just re-elected for the seventh time as head of her party, the Christian Democratic Union. The chancellor is the party's undisputed face, and policy head. (05.12.2012)

Pope Benedikt XVI was next in line, with Catholicism narrowly trumped by computer software. But the man formerly known as Joseph Ratzinger shouldn't despair; he was the only theologian to make the grade.

Two public servants with their hands on the financial faucets made the top ten: with Federal Reserve Chairman Ben Bernanke in sixth and European Central Bank boss Mario Draghi in eighth.

Facebook co-founder Mark Zuckerberg, fresh from his company's IPO that was bad for investors but rather good for him, climbed to 25th place, one spot ahead of media master-mogul Rupert Murdoch.

Forbes published the list in this week's edition, which hit the news stands on Wednesday in the US.