Mental disorders on the rise in Europe | Science| In-depth reporting on science and technology | DW | 06.09.2011

Mental disorders on the rise in Europe

The biggest study of its kind yet in Europe has revealed that mental health issues are on the rise, with 38 percent of Europeans suffering at some point in their lives. Treatment is sketchy and often delayed. 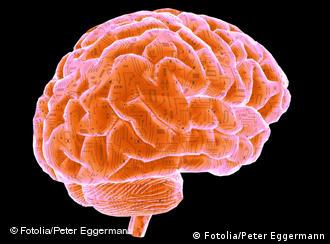 About 165 million people in the EU suffer from mental illnesses

Mental disorders such as depression and anxiety attacks, as well as neurological diseases like dementia and Alzheimer's, are affecting 38 percent of Europeans, according to a comprehensive study that calls for better treatments and prevention.

"The immense treatment gap…for mental disorders has to be closed," said Hans-Ulrich Wittchen, director of the Institute of Clinical Psychology and Psychotherapy at Dresden's Techinal University and lead investigator of the study.

The findings of the three-year study, which covers 100 illnesses and a population of 514 million people in the European Union as well as Norway, Iceland and Switzerland, were published by the European College of Neuropsychopharmacology (ENCP).

The authors found that every year almost 165 million people suffer from mental illnesses, in particular depression, anxiety and insomnia. Addiction and eating disorders are also a concern for more than 15 million people in the 30 countries analyzed. 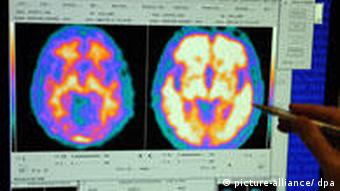 "For a long time, it was accepted that psychological and neurological disorders just happened to certain people," said Wittchen. "That's completely absurd. Why should the brain, which is much more complex than the rest of our body, be healthier?"

Wittchen and his colleagues are urging health services and drug companies to recognize the "exceedingly high burden" of mental disorders and neurological conditions and improve treatment.

Screening is named as one way of spotting disorders early. Currently, treatment is often delayed by several years, and it's rare that state-of-the art therapies are on offer.

The authors say mental illnesses such as depression, anxiety and schizophrenia as well neurological conditions like Parkinson's or multiple sclerosis are a major cause of death and disability worldwide.

Germany is known the world over both for its beer and dark history, for its classical music and health care system, but one thing that's been a well-kept secret: health retreats for moms and kids. (05.09.2011)