Reports of wiretapping and police violence in Bulgaria during protests in 2020 have caused alarm. European Parliament lawmakers, government ministers and members of the protest movement have made serious accusations. 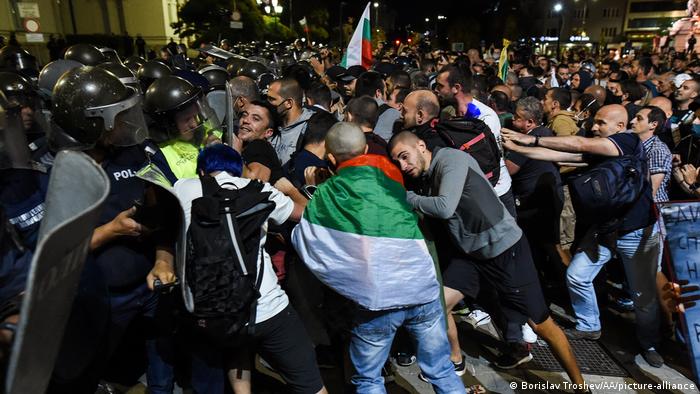 Protesters clash with police at demonstrations in Sofia in September 2020

At a press conference in Sofia recently, Sophie in't Veld, the chair of the European Parliament's Committee on Civil Liberties, Justice and Home Affairs, accused Bulgarian Prosecutor General Ivan Zhev of invoking "extraordinary powers" to target the opposition. In 't Veld, who led a European Parliament delegation to Bulgaria in December to investigate reports of official misdeeds, said Zhev had demonstrated an unwillingness to answer questions about corruption and her committee's investigation into wiretapping and police violence during the 2020 protests. She urged the European Commission to rigorously monitor developments in Bulgaria.

"Effective and equitable law enforcement, especially in the fight against corruption, remains one of the most pressing issues in Bulgaria," in 't Veld said. "The prosecution of high-level corruption remains problematic." The delegation was also concerned about cases of police brutality in summer 2020 that have not been properly investigated, she said. 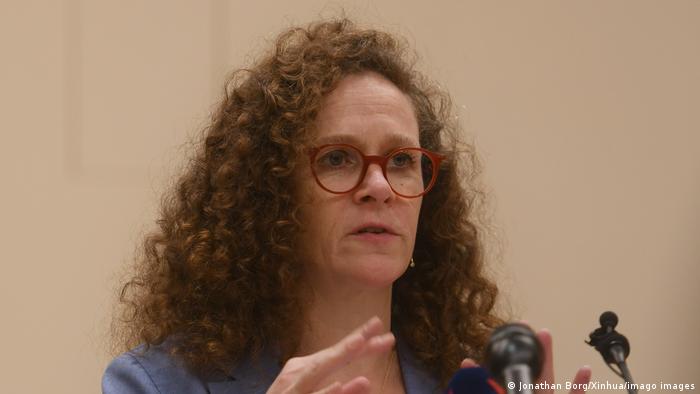 In 't Veld led a delegation from the Committee on Civil Liberties, Justice and Home Affairs

The European Parliament's harsh criticism comes as members of Bulgaria's transitional government are making fresh accusations about the events of 2020 on an almost weekly basis. Police files leaked on the internet in mid-September 2021 revealed that 30 members of the protest movement and a total of about 1,000 people had been wiretapped during the mass demonstrations. Interior Minister Boyko Rashkov has made similar accusations since April. Last week, Culture Minister Velislav Minekov told DW that he and everyone he spoke to, including German journalists, were bugged.

Section 95 of the Bulgarian Criminal Code is the key to understanding the complexity of the wiretapping scandal. It defines subversion, seizure of power by force and armed insurrection. Based on that, the Bulgarian Prosecutor General's Office applied for and received judicial authorization last year to monitor members of the protest movement, according to Rashkov.

In July 2020, Zhev publicly accused Vasily Boschkov, a gaming billionaire who had fled to Dubai after he was charged with tax fraud, of being behind the nationwide protest movement. According to the prosecution, the fugitive billionaire paid rioters known to the police for violence on the fringes of the protests. 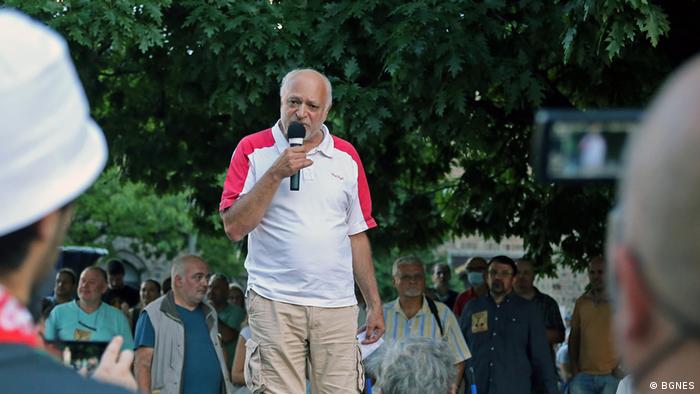 Minekov speaks at a protest in Sofia in August 2020

That became the official explanation for applying for the wiretap on grounds of subversion for the first time in Bulgarian history, which the judge granted. "I officially inquired with the public prosecutor whether I had been surveilled," Minekov told DW. "The response was: 'You were not illegally surveilled. I concluded that, according to the prosecutor's office, I was wiretapped legally along with everyone I spoke to, including German journalists and ambassadors," he said.

Minekov, one of the leading organizers of last year's mass protests, argued that the demonstrations were legal protests and that a "violent seizure of power or an overthrow was not even possible."

In June, the investigative platform bird.bg published police documents indicating that several journalists, including Vesela Sergieva, the head of office at Agence France-Presse in Sofia, were also wiretapped while speaking with representatives of protest groups.

Investigations into the surveillance measures have been slowed down by political trench warfare. In August, Nikolai Hajigenov, chairman of the parliamentary investigative commission, spoke of "the largest mass wiretapping of Bulgarian citizens in recent Bulgarian history." So far the investigators have not managed to get around the secrecy concerning individual events demanded by the public prosecutor's office and the police. 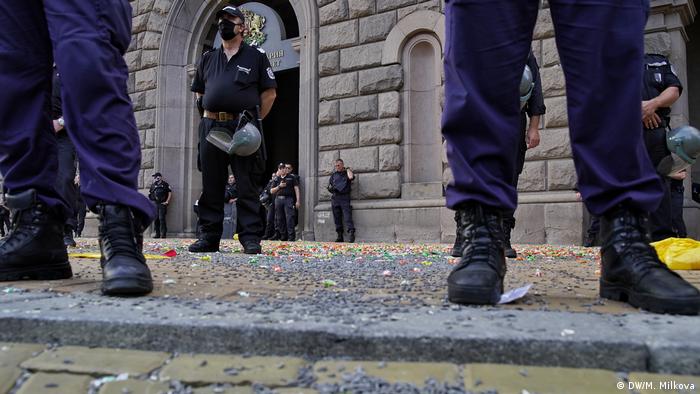 Police at the July 2020 protests in Sofia

The extent of the wiretapping operations, the names of the people affected and the contents of the wiretap protocols remain under wraps. But some documents have been leaked on the internet, making it easier for individuals to dismiss the accusations as politically motivated.

The Hajigenov Commission is also looking into allegations of police violence during two demonstrations in July and September 2020. An 18-minute surveillance video recently released shows police officers dragging a demonstrator into an area hidden by columns at the Council of Ministers building, and kicking and beating the prone figure on the ground.

The investigations have ground to a halt since. Six police officers were disciplined in 2020 for "excessive use of force." Interior Minister Mladen Marinov was replaced five days after the incident, and his successor, Hristo Terzijski, affirmed before the committee that he launched investigations. There were no political or legal consequences.