Melania Trump's plane lands after smoke reported on board

An airplane carrying the US first lady was forced to land after smoke was reported on board. Officials said a "mechanical issue" was to blame, but have not released further details. 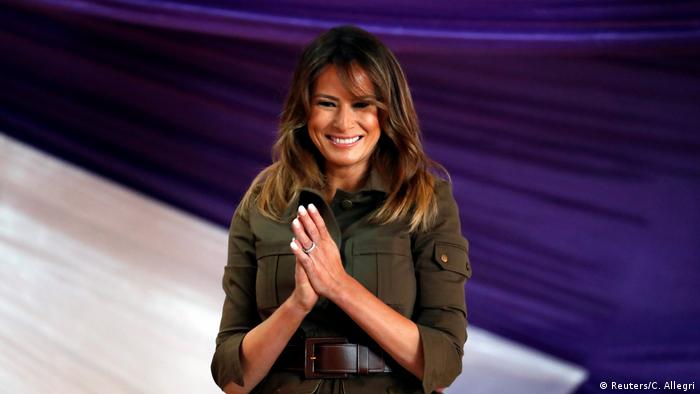 Melania Trump's airplane was rerouted on Wednesday after smoke and a burning smell were reported on board, according to press pool reporters.

Reporters traveling with the first lady reported that passengers were given "wet towels to cover their faces in case the smoke became too strong," reported CBS News' Steven Portnoy on Twitter.

The plane returned to Joint Base Andrews and landed safely, reported CNN, adding that reporters noticed the smoke about 10 minutes after the plane departed.

Reporters were told that there was a "mechanical issue" with the plane, but the White House did not elaborate on the cause of the smoke.

Trump had been on her way to Philadelphia to tour a children's hospital that treats newborns exposed to opioids. She was later able to board another plane to complete her trip.