Lauren Simmons is not only the youngest, but also the only full-time female trader on the New York Stock Exchange. DW's Anne Schwedt meets the 23-year-old who's thriving in a male-dominated world. 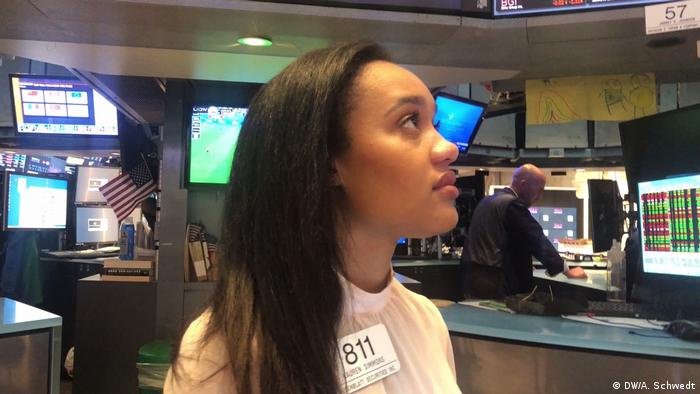 On the trading floor of the New York Stock Exchange, men in expensive suits are staring hard at computer screens. Men call out the numbers. Men run frantically from one stock trading booth to the next, headsets in ear. Even the cleaner here is a man.

Almost inconspicuous amid the commotion, Lauren Simmons sits at the trading stand of the investment house Rosenblatt Securities. At just under 1.60 meters tall, dressed in a short skirt and high heels, she's the only female trader on the floor.

"I think my story is so unique, because I'm not only the youngest on the floor, but also a woman and a minority," says the 23-year-old.

Lauren moved from a small town in the state of Georgia to the Big Apple. "I came to the New York Stock Exchange (NYSE) through a colleague," she says. Despite her studies focusing on genetics, she has always been fascinated by numbers. "Numbers are a universal language that everyone is connected to."

'As loud as the men'

Lauren's family and friends were initially worried when told them she planned to become a stock exchange trader.

"My mother's only fear was 'How many women are working there?'" she says. Other than four part-time dealers who are female, Lauren is the only woman working full-time on the floor. In the entire history of the stock market, there was only one black woman with a NYSE badge before her. 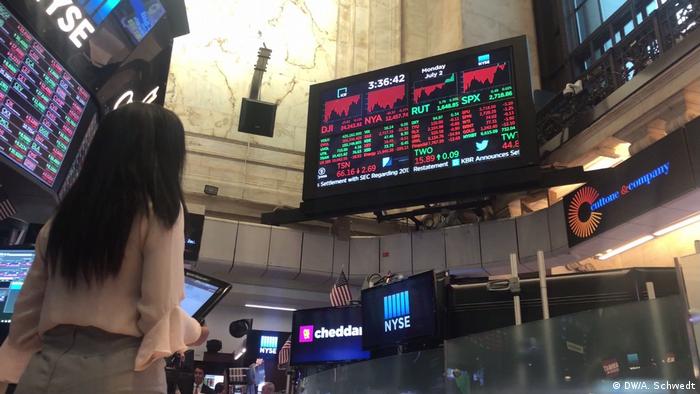 Lauren's initial concerns evaporated as soon as she entered the floor of the largest stock exchange in the world — a day she will never forget.

"I had just passed my test and got my badge, and then I was allowed to ring the stock market bell," she says proudly.

Together with Richard Rosenblatt, the founder of the company she works for, Lauren stood on the balcony wearing a huge smile.

There were still some things that the rather shy-looking Lauren had to get used to. In a male-dominated world, different rules and manners prevail, she says. "I learned quite quickly, if you want to be listened to, you have to be as loud as the men."

Nevertheless, she appreciates the community on the floor. "Men want women to advance here and have a successful career," she says.

Lauren's job is to buy and sell shares on behalf of investors. A bit of assertiveness, risk-taking and ability to handle stress are vital attributes, she says. And while these traits are traditionally more likely to be ascribed to men, Lauren believes that women too can be excellent stock traders. What they lack are role models, she says.

"I think many women are afraid to leave their comfort zone, in the sense of: 'Oh, what if I'm the only one, the only representative of a minority?'" 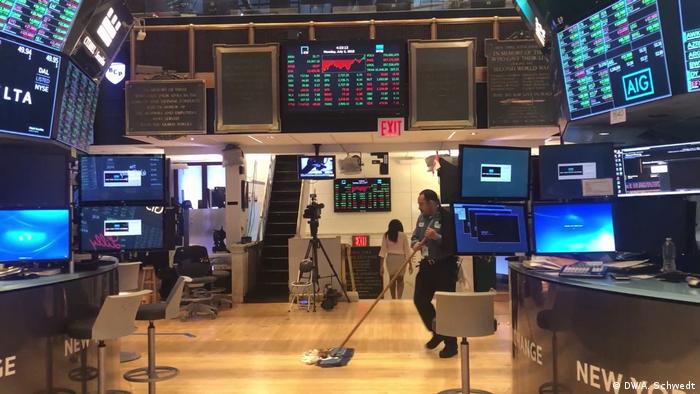 Traditionally the NYSE has been a man's world, right down to the cleaner

That's why Lauren was particularly pleased when, in May, Stacey Cunningham was named the 67th president of the New York Stock Exchange — the first time a woman to rise to the role. Lauren believes this is an important step towards gender equality.

"(If there's) more people, like you and me or others who are under-represented here ... you are going to see the shift in how people respect people."

Lauren hopes her story will serve as inspiration for other young women, so she'll no longer be the only trader on the NYSE who leaves the market floor in heels of an evening.

Digitalization and e-commerce have created a whole new wave of entrepreneurship and women are part of the revolution. A new initiative for female entrepreneurs aims to provide them with the necessary digital training. (18.06.2018)

Germany's corporate battle of the sexes

Why are women so hugely underrepresented in senior positions in German business? Are they being prevented from getting ahead in Europe's powerhouse? Or do they have themselves to blame? Lisa Ellis reports. (14.06.2018)

British cities were awash with green, white and violet, as thousands marched to celebrate 100 years since women first won the right to vote. In London, the crowd marched from Park Lane to parliament. (10.06.2018)