Mediamocracy Camp: Youth want to have a say

Producing YouTube videos, conducting interviews, and getting their voices heard: 60 young people from Serbia and Montenegro learned how to do this at the four-day Mediamocracy Camp in southern Serbia. 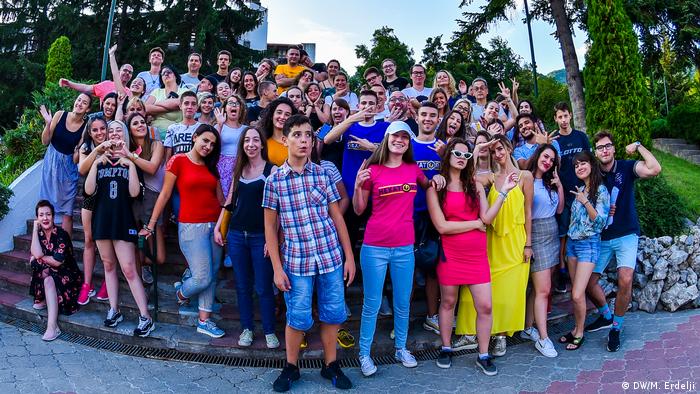 The election results were out and the winner was clear: 21 year-old Nina had won two-thirds of the votes. The "presidential election" was part of DW Akademie's Mediamocracy Camp held at the end of August.

Nina was beaming and overwhelmed by the applause. The last four days had been intense. She and her team had founded a political party, developed responses to topics relevant to youth and organized an election campaign. "I'm proud of my team! I couldn't have done it without them!" she exclaimed.

She had not expected to become one of the top candidates. "I don't see myself as a leader," she reflected, saying she had never really liked people like that. "I usually thought they were conceited, that they underestimated others and just wanted to order them around. To me they were more like tyrants but that's changed with this workshop," she said. 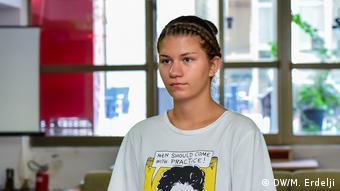 Nina Zivancevic, student from Belgrade, has won the presidential election – a two-third majority.

The camp highlight was the mock TV debate between Nina and Miloš, her opponent. Two young moderators sounded them out, having learned in journalism workshops how to ask the right questions, and especially the critical ones.

The debate was recorded by a young YouTube group from Montegro. They had launched "Hexatorm", a channel, in 2018 as part of a project with the Montenegro public broadcaster, RTCG. At the Mediamocroacy Camp they learned additional skills with an experienced film director as well as a producer and two well-know Serbian YouTubers.

"The best part was the workshop with Dex Lik and Duxa. They showed us how to produce YouTube songs," said Filip, a 17-year-old participant, "and we had to write and record a rap – it was great!" 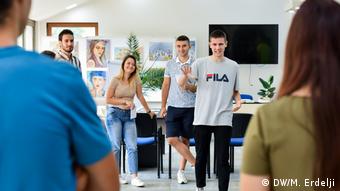 Participants also looked at YouTube ethics, and with Dex Lik and Duxa discussed their rap, "Klikbejt". It has been a hit and looks at problems in the YouTube scene, including hate speech and cyber bullying.

The Mediamocracy Camp was held in the south Serbian town of Prolom Banja and offered 60 young people a broad range of topics. As the name implies, the camp focused on media and democracy, with topics ranging from photography and film to political education.

It was organized by the Serbian youth umbrella organization KOMS, the media association Local Press and DW Akademie. Participants were young people involved in various areas of the joint project "Young Media". In addition to the "Hexatorm" YouTuber group, other groups included the up-and-coming journalists who work on "Youth Vibes", a portal for teenagers.

"Democracy is another word for freedom, and both are closely tied to the media," said Maja, an 18-year-old school student from the western town of Šabac. The camp offered her the first forays into journalism and she was instantly inspired.

"Every journalist strives for freedom, and freedom is a wealth in itself," she said, and explained that was why she felt journalism was for her. 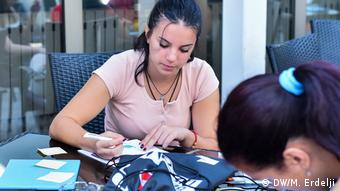 Friendships are also a form of wealth and is the reason why the camp is designed as it is: to promote teamwork and networking. "The best part for me," said Maja, "is that I've met so many people my age who come from so many different areas."

The youth wanted to discuss a wide range of topics. Nina, the "Camp President" put it in a nutshell: "Adults don't take us seriously. They think we can't form critical opinions, that we're young so what do we know." But Nina and her teammates want to change that. "No one talks about schools and grants," she pointed out, "but those are problems we have in our education system."

After the camp finished, activists from both "parties" joined forces and via Instagram have called for young people to send in their stories and become active. Nina said she had learned the importance of joint action. "There's no point if there's no team spirit or friendships," she said.

Participants will be getting together again in mid-November at DW Akademie's Brave New Media Forum in Belgrade. Young people will be able to discuss issues with media professions, chief editors and experts from the West Balkans and other countries in Europe.

DW Akademie in Serbia and the Western Balkans

DW Akademie in Serbia supports children and young people in making themselves heard in the media. It also helps media outlets reach young audiences and thereby reposition themselves in the market. (12.06.2018)