Small media outlets in Iraq feel increasingly victimized. One radio station which faces possible closure is devoted to women's issues, and it's seeking international support to avoid the same fate as others. 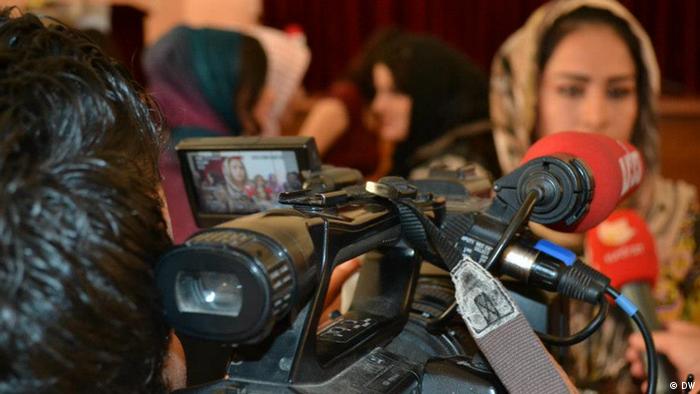 Freedom of the press in Iraq has once again reached a low point, according to a report issued in May by the independent Iraqi Center for Press Freedom. Many independent media groups agree with the finding.

One example of the restrictions is the small radio station Al-Mahaba, which is devoted to women's issues. The station faces possible closure after the Iraqi state agency for media and communications demanded a $60,000 (45,000 euro) in "fees."

Radio Al-Mahaba was established in 2005 with financial support from the United Nations Development Fund for Women (UNIFEM). At the station, 20 female and male journalists from Bagdad report on a wide range of topics, such as family, marriage, divorce and sexual abuse. Sometimes their reporting covers current political debates, such as the discussion about the Iraqi constitution, but always from a women's perspective.

The station, however, has fallen into disfavor with conservative circles in Iraq because of its commitment to equal rights between men and women.

Station director Bushra Al-Ameen expects it to be shut down at any time. In 2011, Iraqi security forces searched the station, allegedly because of "unpaid fees."

Al-Ameen is aware of the dangers that lurk behind such action. "Radio Dijla, for instance, was forced to close its bureau in Bagdad following a search by security forces," she told DW. "The radio team is now working from another city, Sulaymania."

Two other stations, Alfayhaa and Albagdadya, have had similar experiences, according to Al-Ameen. "Many independent media outlets were recently forced to close their bureaus or leave Bagdad, and more than 10 TV stations were unable to renew their licenses," she said. 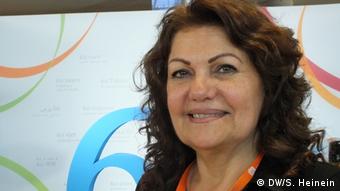 These are not the only restrictions nor the most dangerous obstacles facing journalists working in Iraq. Since 2003, at least 261 journalists in Iraq have been killed in connection with their professional activities.

Iraqi journalists describe the state agency for media and communications as a system to suppress journalists. Al-Ameen accuses the officials of pursing a political agenda. "Those in charge have political interests," she said. "Sadly, that's the case today with all Iraqi institutions."

Criticism even comes from within the authorities themselves. "The General Council wasn't informed of many decisions," Ali Alyousi, a member of the General Council of State Authorities, told DW. "On paper, the media authority is independent but in reality independence is a foreign word in Iraqi politics."

The Iraqi Center for Press Freedom argues that media officials have overstepped their legal boundaries and have demanded that parliament take action. Center director Hadi Glu complains that, given the power diffusion in Iraqi, no one can say with any certainty in whose interest the media authority is actually working.

Many observers attribute the increased restrictions on media in Iraq to the developments in other Arabian countries. In Egypt, for instance, the media played a decisive role in the military overthrowing the Muslim Brotherhood.

Al-Ameen says Iraqi politicians see media influence as a danger and try to do everything to avoid being rolled over by a similar Egyptian scenario. Others see in the treatment of the Al-Mahaba radio station a message for all Iraqi media. "If we want to debate this issue, the political background is of course denied, and the talk is only of unpaid fees," said Glu. "But we believe the aim is to hinder the media."

Al-Ameen is determined to save the radio station at all cost and hopes to secure support - also from Western countries.

Some international observers are growing concerned about renewed civil war between Iraq's Sunnis and Shiites. The city of Fallujah represents a hotbed of Sunni protest against Prime Minister Nouri al-Maliki, a Shiite. (04.05.2013)

Violence against journalists and censorship by governments: on World Press Freedom Day, DW takes a look at the state of freedom of expression - and attacks upon it - around the world. (03.05.2013)