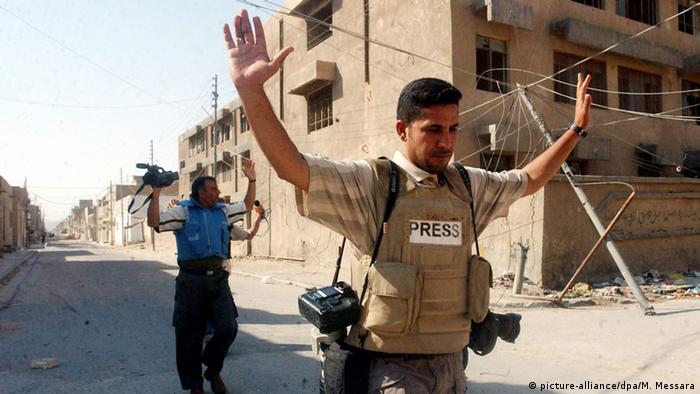 Reality is dominated by headlines of death, war, climate change, bankrupted states, political intrigue, celebrity scandal, hopes washing up upon the shores of Europe. The spectacle of human tragedy. When the media speaks, we listen. If everyone is looking, it must be important. In a complicated world, people are vulnerable to the rhetoric served up by the media. But at a time in which information is more easily accessible than ever before, do we really know what’s going on?

Under the premise of spreading peace and liberty, powers in the vast machinery of democracy act in their own economic interests - at a high price to those on the receiving end. On the geopolitical stage, the light of journalism is often too faint to shine past the veils of secrecy. A fragile pawn in the game of power, media is instrumentalized to create public support. In an atmosphere of intimidation, self-censorship and propaganda, information and disinformation become confused. The free dissemination of selective truths catalyzes polarization and in doing so, gives inertia to radicalization, thus fundamentally undermining societal values and threatening the very foundation of freedom.

In a complex and increasingly interconnected world, the need for objective discussion is rife. Do the values conveyed by media coincide with traditional values of open, democratic societies? Are our ethics compatible with our geostrategic interests? Are democratic values universal to all of mankind, or do we need to rethink the way in which we perceive, live out and spread our way of life? Join us at the 2016 Global Media Forum, where we will discuss the intricate links between Media. Freedom. Values.