A dearth of Indigenous voices and a sluggish and costly Internet are just some of the issues hindering Bolivia's media development, according to a recent UNESCO report. #mediadev spoke to one of the authors. 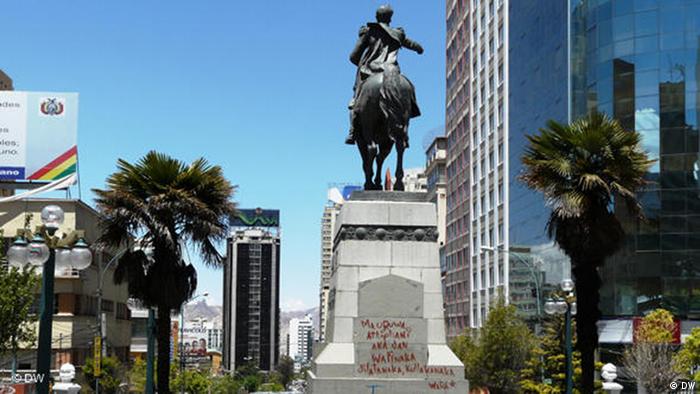 The publication, "Analysis of Media Development in Bolivia", uses UNESCO's Media Development Indicators (MDIs) to take a close look at the state of the media and freedom of expression in the country. (Currently, the report is only available in Spanish).

MDIs are an analytical tool developed to help analyze strengths and weaknesses of a particular media environment and importantly for media development, identify areas where assistance is most needed.

Bolivia is only the second country in Latin America to examine its media landscape using the MDI framework (the first being Ecuador). Co-author Erick Torrico, from the UNIR Bolivia Foundation which sponsored the research, talked to #mediadev about the report's findings.

#mediadev: The report looks at the degree of freedom of expression in Bolivia. What are its most important conclusions?

Erick Torrico: Bolivia has seen significant progress: the constitution guarantees the right to information. But some laws, because of their ambiguity or contradictions, put this right at risk.

One example is the election of judicial authorities. In Bolivia, judges are elected by popular vote. However, the Electoral System Law prohibits the media from publishing information about candidates unless it's been reviewed or prepared beforehand by the Supreme Electoral Authority. The law also bans candidates from giving public statements or interviews, or taking part in open forums. For their part, the media aren't allowed to publish information they've gathered themselves. 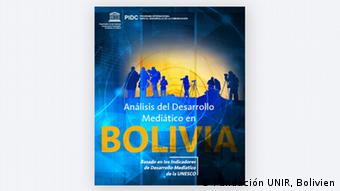 What does UNIR recommend in this case?

We recommend discussing the restrictions resulting from this regulation and then amending them in a way that doesn't affect freedom of information and expression.

The analysis is based on [the MDI framework which uses five major categories of indicators to analyze media development]. Categories include "Infrastructural capacity is sufficient to support independent and pluralistic media" and "Plurality and diversity of media, a level economic playing field and transparency of ownership". Where did you find the biggest problems?

The report finds that Bolivia has a shortfall in creating "A system of regulation conducive to freedom of expression, pluralism and diversity of the media". The MDI framework calls for a regulatory system that supports freedom of expression, as well as diversity. While the Bolivian constitution guarantees the right to information and communication, it limits this right almost exclusively to media outlets and media professionals and doesn't take the social and civil dimensions of this right into account. It needs reforming to include all of the population; [the right to communicate] is a fundamental right of all people and shouldn't be limited only to those working for a media outlet.

On the other hand, the antidiscrimination law [introduced in 2010] contains two articles that are problematic because of their ambiguous wording. Because of this, there's an underlying risk that journalistic practice could be classified as discriminatory or racist and be penalized – a media outlet accused of discrimination could be shut down. These are ways the [right to information in the] constitution could be violated.

And in the category referring to pluralism and diversity of voices?

We observed a lack of participation. Vulnerable sectors of society lack a voice and indigenous languages are rarely heard. Spanish definitely dominates the media landscape.

Journalism education is another important aspect of the report. What's the situation like in Bolivia?

There needs to be more scope and opportunity for dedicated training. Although many universities offer communication studies, journalism programs aren't so privileged. The situation's even more critical for reporters and citizen journalists in rural areas where there are few opportunities for education or training, as well as a lack of equipment and infrastructure. Conditions are especially dire for community media.

The study [analyzed media development in Bolivia between June 2011 and June 2012]. What has changed since then? 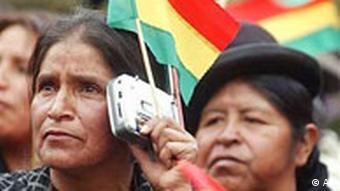 One difference is the distribution of radio and television frequencies... . A 2011 law states that 33 percent of frequencies are to be awarded to the private sector, 33 percent to the state, 17 percent to social and community-based media, and 17 percent to indigenous media in order to achieve a certain balance. This law was originally supposed to go into effect by the end of 2016, when the existing frequency concessions for the private sector were due to run out. But radio and TV industry associations have negotiated with the government to extend their current licenses until 2019. And after that, if they meet certain conditions, they will be able to extend their licenses for another 15 years. This changes the law's original purpose, that of democratization, and given that more than 80 percent of Bolivia's media are privately owned, it especially affects community media.

What changes have you seen in digital sphere, such as [Internet and mobile] coverage and the spread of information and communication technologies?

Bolivia suffers the triple disadvantage of coverage, speed and cost. Many areas are still without Internet or mobile phone coverage. In areas that do have mobile coverage, most people use their phones to access the Internet; others connect at work, at the office or use Internet cafes. The Internet is also very slow in Bolivia and it's still expensive compared to other Latin American countries.

You can learn more about media freedom in Bolivia and find additional UNESCO MDI country reports with our Media Freedom Navigator. The navigator brings five media freedom rankings together in one interactive map, making it easy to research media freedom in a particular country.

Ahead of the Global Forum for Media Development, Guilherme Canela from UNESCO talks of how similar challenges facing media ecosytems across the world mean different developing regions can learn much from each other. (18.09.2016)