The governing Conservative Party's once huge poll lead has narrowed again in a new poll. With a week before the UK election, Labour seems to have the momentum, while PM Theresa May's aloof style is putting off voters. 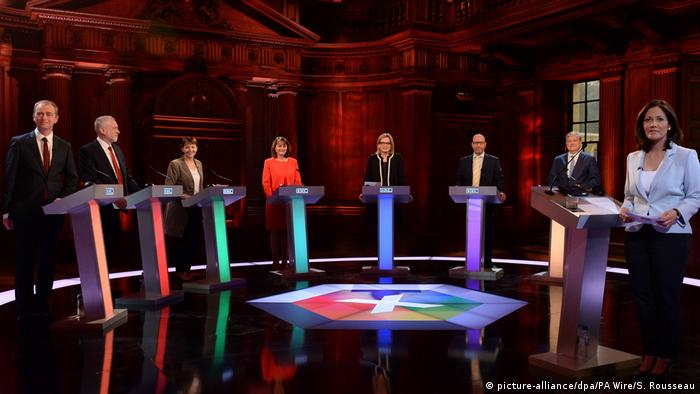 The YouGov poll, conducted on May 30-31, puts the Conservatives on 42 percent, down one point from a comparable poll on May 27. Labour is on 39 percent, up three points and at its highest level since 2014, before Jeremy Corbyn became party leader.

May called a snap parliamentary election for June 8 - three years early - arguing that a bigger majority for her Conservatives, also known as Tories, would strengthen Britain's hand in Brexit negotiations with the EU.

When campaigning began last month, polls showed the Conservatives up to 22 points ahead of Labour.

Labour is projected to gain about 30 seats if the poll is proved right, and the Conservatives would lose their overall majority. An ICM poll for The Guardian newspaper on Tuesday put the Conservatives 12 points ahead. 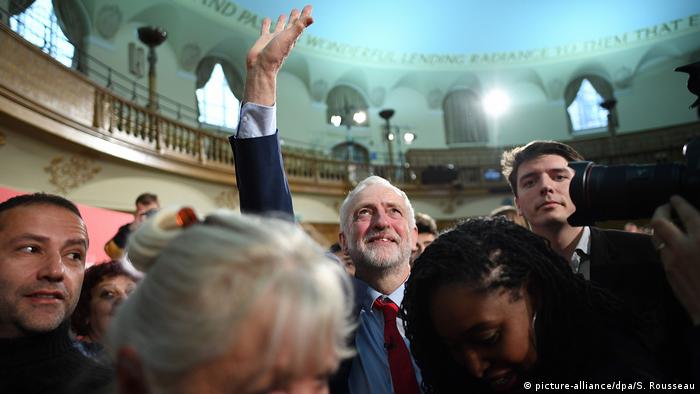 Corbyn - whose personal ratings according to recent polls still lag behind May's - attacked the prime minister for refusing to debate him on live television on Wednesday.

"I invite her to go to Cambridge and debate her policies. Debate their record, debate their plans, debate their proposals and let the public make up their mind," said Corbyn, who was joined at Wednesday's debate by representatives of smaller parties, including Liberal Democrat leader Tim Farron and UK Independence Party chief Paul Nuttall.

In a last-minute change of plan, Corbyn joined the debate organized by the BBC in Cambridge, in eastern England.

"Where do you think Theresa May is tonight? Take a look out your window. She might be out there sizing up your house to pay for your social care," Farron joked - a reference to May's manifesto commitment to allow elderly people to pay for care posthumously from the proceeds of their estates.

May changed her mind on the policy after a public outcry.

"How dare you call an election and run away from the debate?" Farron said later. "The prime minister is not here tonight. She can't be bothered so why should you?"

The YouGov poll put the Liberal Democrats on 7 percent and the UK Independence Party on 4 percent.

May's performance on Monday's live television questioning was widely seen as weak and she has declined subsequent debates.

Corbyn is clearly relishing the apparent growing sense of unease among voters that May might not be the tough leader she and her party have claimed - a claim that features prominently in the party's election campaign so far.

The lady is for turning

At a campaign rally in southwest England, May denied she was running scared.

"I've been taking Jeremy Corbyn directly week in and week out at Prime Minister's Questions," she said. "I think debates where the politicians are squabbling amongst themselves doesn't do anything for the process of electioneering."

The Conservatives were represented by Home Secretary Amber Rudd, who accused Labour of having a "money-tree, wish-list manifesto and no plan for Brexit."

UK Conservatives slip in opinion polls ahead of election

Prime Minister Theresa May's lead in opinion polls has narrowed after her Conservative party announced their platform for the June election. The opposition has said her policies would create "war between generations." (21.05.2017)