Max Merrill joined the Euromaxx team in October 2017. He loves travelling around Europe and is particularly fond of visiting Spain, where he enjoys the local lifestyle and practising his Spanish. 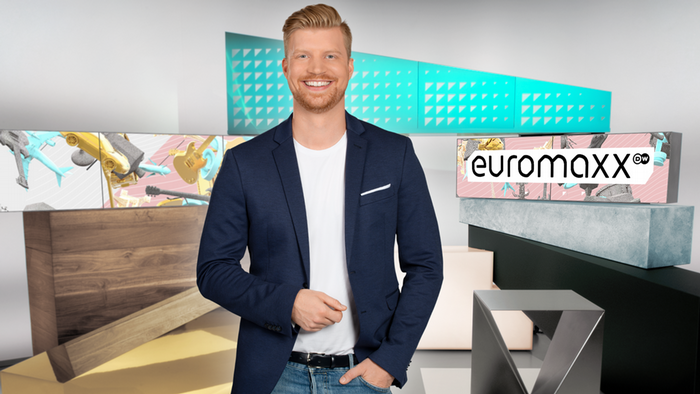 Max Merrill was born in Berlin to a British father and German mother and attended a bilingual school in the German capital. Merrill then moved to Scotland to study English and Legal Studies at the University of Aberdeen, where he also worked as a youth worker and presented radio shows at a local station. After graduating with a Bachelor's degree, he moved to Manchester where he completed a Masters in Broadcast Journalism and worked for BBC Radio Manchester. He then returned to his hometown Berlin to work for DW.

“Euromaxx highlights so many different aspects of European life and gives viewers a sense of the cultural diversity present on this continent. That’s what attracted me to the show. I learn something new everyday.”

In his free time, he enjoys sports like football, cricket and rugby, as well as singing and playing instruments, such as guitar, piano, and saxophone. He also has a passion for cooking and enjoys making Indian and Italian cuisine.