Tickets for Euro 2008 matches that went on sale in March will be distributed by lottery after fans ordered 30 times more seats than were available, organizers revealed Monday. 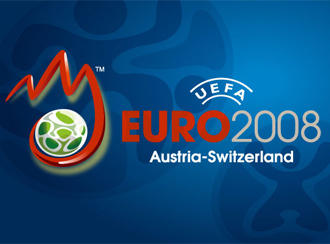 The demand for 10.36 million tickets was 18 times higher than for the previous European championship finals in Portugal in 2004 and nearly matched that for last year's World Cup in Germany.

Some 588,716 people from 142 countries placed orders for next year's finals in Austria and Switzerland by the deadline of March 31, organizers said in a statement. All matches were oversubscribed.

About 346,000 tickets were available for all 31 matches during the one-month Internet sale.

The random lottery will be held in mid-April under the supervision of legal officials. Fans should know the outcome by the end of this month, the Euro 2008 organizers said.

All of the applications will be checked before they enter the lottery to prevent black market sales and for security vetting, said Euro 2008 spokesman Wolfgang Eichler.

"This is mainly to see if there are false applications or not," Eichler told AFP news service. "There are also hooligan databases involved, to find if people are registered there."

The last chance to find a seat at Euro 2008 will be early next year, when another 399,000 tickets will be sold through the national associations of the 16 teams that eventually qualify for the finals.

On average, each nation will be allocated 19 percent of the seats available in the matches they play. The rest of the 1.05 million seats at the June 7-29 finals will be used for VIPs and sponsors.

The biggest demand in the initial phase of sales came from joint hosts Switzerland, who accounted for 29 percent of the ticket requests, followed by neighboring Germany (27 percent) and the other host, Austria (21 percent).

Other countries each accounted for one to three percent of the requests, led by Portugal.

German, Swiss, English and Dutch fans ordered the most "Follow my team" subscriptions, the organizers said.

Striker Kevin Kuranyi ensured Germany stay top of their Euro 2008 qualifying group with two headed goals either side of half-time as his side poached a 2-1 win over the Czech Republic on Saturday. (25.03.2007)

One third of the tickets for the Euro 2008 championship finals being jointly hosted by Austria and Switzerland went on sale Thursday but fans were told by the organizers not to rush. (01.03.2007)