Historical treasures worth more than a million dollars have been looted in a raid at Arundel Castle in England. The burglary took place within days of reopening. 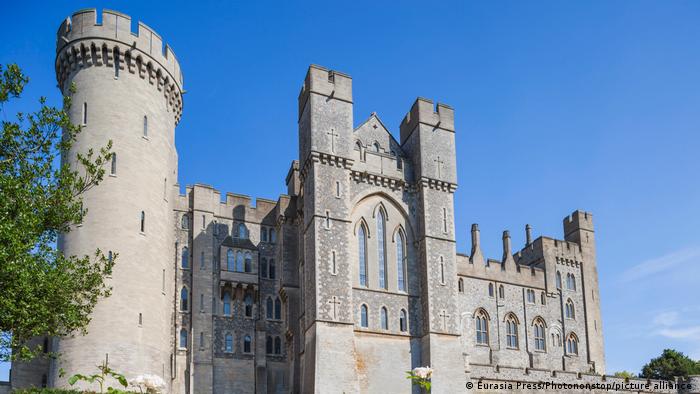 A set of gold rosary beads carried by Mary Queen of Scots at her execution in 1587 was among artifacts worth more than £1 million (€1.16 million, $1.4 million) stolen in a raid on Arundel Castle in the south of England.

Several coronation cups given by Mary to the Earl of Marshal and gold and silver artifacts were among the items taken from a display cabinet at the castle.

Staff were alerted to the break-in at the West Sussex castle on Friday evening after a burglar alarm went off. Police arrived within minutes.

"Various items have been stolen of great historical significance," the police said in a statement.

Police are examining an abandoned 4x4 car that was found on fire soon after the break-in.

Andrew Griffith, the member of parliament representing the area where the castle is located, said: "The whole nation joins our sadness this morning. The theft of these irreplaceable artifacts connecting us to our shared history is a crime against us all."

The castle reopened to the public on Tuesday.

Who was Mary Queen of Scots?

Mary Stuart, a Roman Catholic, was briefly queen of France. She joined her Protestant cousin Elizabeth I of England in 1568 after aristocrats pushed her out of Scotland.

Elizabeth was wary of her cousin, as many Catholics throughout Europe believed that Mary had a stronger claim to the throne.

Mary was confined in various English castles and prisons, convicted of plotting against the queen, condemned to death for treason on charges she denied, then beheaded at the order of her own cousin.