German center-left politician Martin Schulz has been elected to head the European Parliament. The parliament is holding its first meeting since EU elections in May. 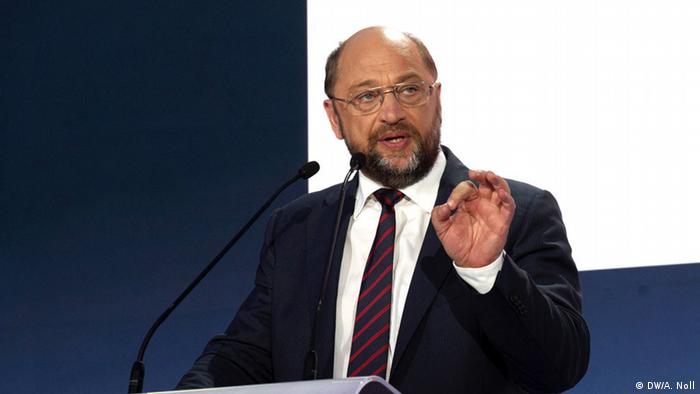 Social Democrat Martin Schulz, who also served as European Parliament president from 2012 until earlier this year, won the ballot with an absolute majority of 409 votes.

Shortly after the result was announced at the session in Strasbourg on Tuesday, the 58-year-old told the EU Parliament that a "long list of tasks" lay ahead.

"We stand, as ever, before huge challenges," he said, pointing to ongoing high employment in some EU nations, free trade talks with the United States and the fate of migrants trying to reach Europe via the Mediterranean, along with crisis in Ukraine and Iraq.

"If we are serious about the European Union as a force for peace, then our economic power must be used politically so that those who want to trade with us accept the rule of law, and do not practice the might of the stronger," he said.

Schulz's election to the European Parliament presidential post was widely expected after he supported rival Jean-Claude Juncker for the post of European Commission president.

The European Parliament opened its five-year term with almost one in three of its members, chosen in May elections, belonging to euroskeptic parties.

During the ceremonial opening lawmakers from Britain's UK Independence Party, UKIP, turned their backs on the assembly while an orchestra performed the European anthem, the AP news agency reported.