NASA's Mars rover is on its final approach for the Red Planet. But whether it lands - or crashes and burns - depends on what will be a blind, seven minutes of terror on Earth. 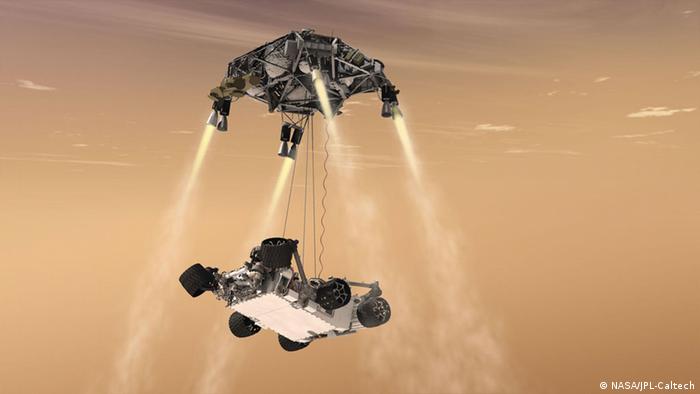 The American space agency's Mars Science Laboratory - commonly called Curiosity - will face a critical seven minutes as it enters the atmosphere of Mars.

This critical stage is known as the seven minutes of terror.

The seven minute landing is expected late in the evening of August 5 (Pacific Daylight Time or early in the morning on August 6 European Daylight Time).

But it will take twice that long (14 minutes) for signals from Curiosity to reach Earth. So by the time NASA gets word of the rover entering the Martian atmosphere, Curiosity will already have been on the surface for seven minutes - dead or alive. 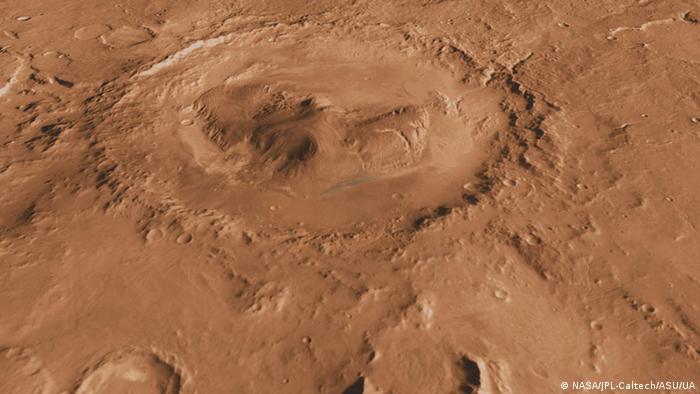 Curiosity is heading for Gale Crater near the equator of Mars

It has also been described as a blind landing because the satellite that NASA was counting on for real-time coverage of the Mars Science Laboratory's descent was sidelined by a maneuvering system glitch.

Doug McCuistion, NASA's Mars exploration program chief, said at the time that there would be "no impact to landing itself. It's simply how that data gets returned to us and how timely that data is."

At NASA's request, the European Space Agency's (ESA) Mars Express will now be in position to observe the landing.

The Mars Express has remained in orbit of the planet since December 2003 when its Beagle 2 lander failed.

"It will be a great day for space science," says Denis, who believes Curiosity's landing will be a success - although he admits there are no guarantees in space.

During landing the rover will have to complete a sequence of highly complicated logistical maneuvers, controlled by its onboard computer.

First the atmosphere of Mars will help reduce Curiosity's speed by about 12,000 mph. Mars' atmosphere is 100 times thinner than Earth's and this will have a drag effect. 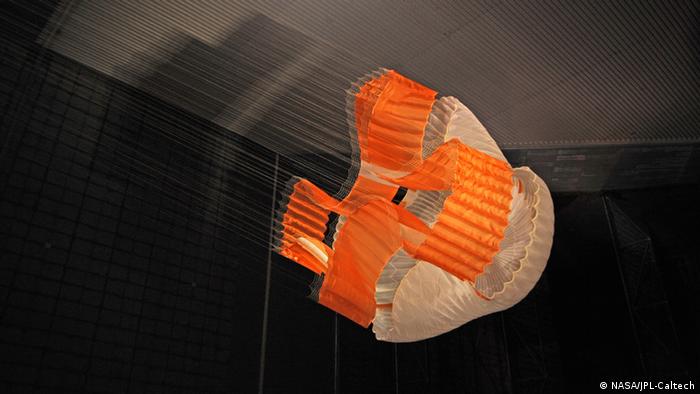 Then the craft will release a parachute. The 100 pound (45 kg) parachute will have to withstand 65,000 pounds of force. Once the craft's heat shield separates at 370 mph and the parachute is shed, reverse rockets will activate to stabilize it.

Decelerating from 70 mph to 2 mph, the capsule will lower the Mars rover onto a sky crane from 25 feet (7.62 meters) to wheels down on the surface.

It is hoped that all this will happen - without a hitch - while officials at NASA wait the seven grueling minutes for their first sign of success.

But the ESA's Michel Denis says that once Curiosity has successfully landed on the surface of Mars it will be ready to roll.

"It will be like getting a new car right from the dealer," says Denis.

And the rover is almost literally the size of a sports utility vehicle - 7 feet tall, 9 feet wide, 10 feet long, and 2,000 pounds. Curiosity is the biggest and best equipped rover ever to head to another planet, taking the search for alien life to a new level.

Curiosity dwarfs its ancestor Sojourner, the 23-pound rover that was the first to move around Mars in 1997. It is bigger than the 400-pound Mars Exploration rovers, Spirit and Opportunity, which landed in 2004.

The new machine is also faster at 3.35 mph, compared with Opportunity's top speed of 0.1 mph. 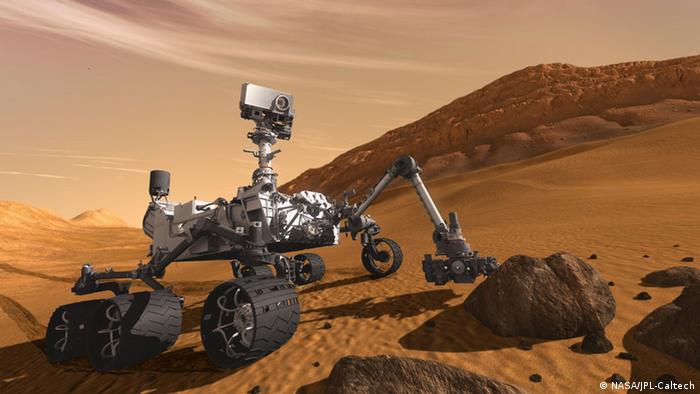 The rover could be NASA's last Mars mission for a while

Speed is not everything - survival is. Opportunity continues to explore a massive crater called Endeavour. It has logged 21.4 miles and still sends valuable data.

But with a price tag of $2.5 billion (2.1 billion euros), Curiosity is NASA's most expensive mission to Mars. And over budget at $1 billion, it could well be NASA's last landing on the Red Planet for the foreseeable future.

The goal of the two-year mission is to explore Gale Crater - which is near Mars' equator - and search for evidence of any life.

Curiosity is equipped to do just that. The six-wheeled robot can shoot lasers at rocks to measure their chemical compositions and take high-resolution video of the Martian landscape, which pending a successful landing will be relayed to Earth.

The rover is covered with sensors and cameras and has a long robotic arm equipped with a fistful of tools. It has a scooper to collect soil samples, a drill to bore into stone and a high-sensitivity lens to examine microscopic structures measuring only 12.5 microns.

Since efforts to explore Mars started in 1960, the US, Europe, Russia and Japan have launched 40 missions. But more than half have crashed, malfunctioned or disappeared.

A Russian rocket is on its way to the International Space Station with three international astronauts after blasting off from Kazakhstan. Russia hopes the mission will help restore confidence in its space program. (15.07.2012)

A new era of private companies ferrying supplies to the International Space Station is set to begin with the launch of Dragon capsule. It's not run by NASA, but by private enterprise SpaceX. (18.05.2012)

The European Space Agency is preparing a mission to explore Jupiter and its moons. JUICE will launch in 2022 in search of liquid water that could contain life. (03.05.2012)