What remains of a person who lives in complete isolation — confined entirely to the wild? This bold idea is what Marlen Haushofer chose to depict in her novel about the existential loneliness of the modern individual. 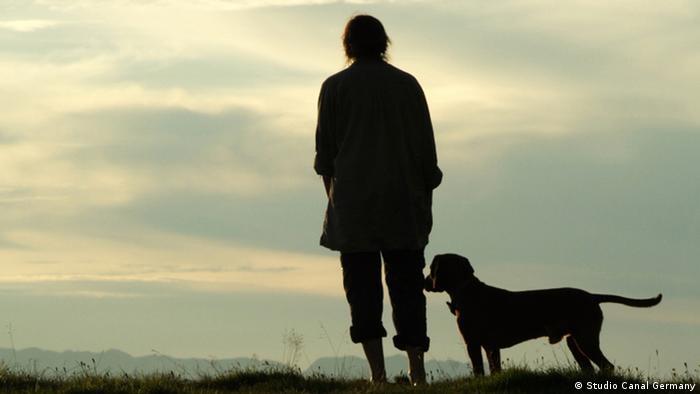 There is no way to the other side! No knocking, no hitting will help. An anonymous woman is stuck in the Alps — completely alone and having to rely entirely on herself. The only creatures at her side: a dog, a cow and a cat.

A transparent, but impenetrable wall separates her from the rest of the world. Beyond it, all life seems to have succumbed to rigor mortis.

Is she the sole survivor of a catastrophe? If there were still people alive, she reflects, airplanes would have overflown the area a long time ago. Yet this fact does not frighten the woman:

"If time exists only in my head, and I'm the last human being, it will end with my death. The thought cheers me. I may be in a position to murder time."

'The Wall' by Marlen Haushofer

The setting turns into a surreal nightmare in front of a lush, green backdrop: the idyllic Alpine landscape turns into a gigantic prison.

At some point, the nameless woman realizes that her wrangling merely pushes her to the point of desperation. She comes to accept her complete isolation and begins to organize her survival.

She starts hunting, killing animals to prevent herself from starving. Her existence becomes ascetic, reduced to absolute necessity. The only thing that remains of her former life is the fact that she writes. However, she no longer writes for pleasure, but so as not to lose her mind. Over time, she begins to reflect more and more about her existence up to now. 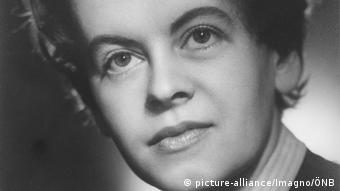 The Austrian writer was largely unknown during her lifetime

"I can allow myself to write the truth; all the people for whom I have lied throughout my life are dead."

Haushofer's parable about loneliness was published in 1963, but the book did not enjoy popularity until the 1980s. Sales shot up significantly as the women's movement viewed the novel as a blueprint for radical emancipation.

The peace movement, on the other hand, viewed Haushofer's book as a scenario of post-nuclear apocalypse. Haushofer's sober, lucid style of writing and the uneventful plot appear to invite the most diverse interpretations and forms of co-optation. 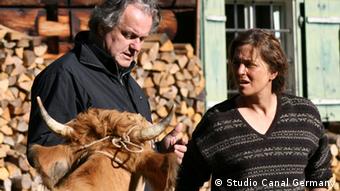 Director Julian Roman Pölsler with lead actress Martina Gedeck while filming the 2012 movie, which drew renewed attention to the novel

The Wall relies completely on the inner tension of the protagonist. It is this reduction that leads to the intensity of the story, making the feeling of being imprisoned almost tangible to the reader. During a period when life seems to pass by so quickly, Haushofer's book seems like a spiritual exercise in stillness. As if someone had simply pushed the "stop" button.

Marie Helene Haushofer was born in Frauenstein, Austria. Following World War II, she worked in her husband's dentistry practice. She began publishing short stories in magazines as of 1946. She enjoyed success with her novella The Fifth Year, which was published in 1952. She died of bone cancer in 1970.