A left-wing leader has announced that he will challenge far-right leader Marine Le Pen's seat in France's upcoming parliamentary polls. They will decide the limits to newly elected President Hollande's power. 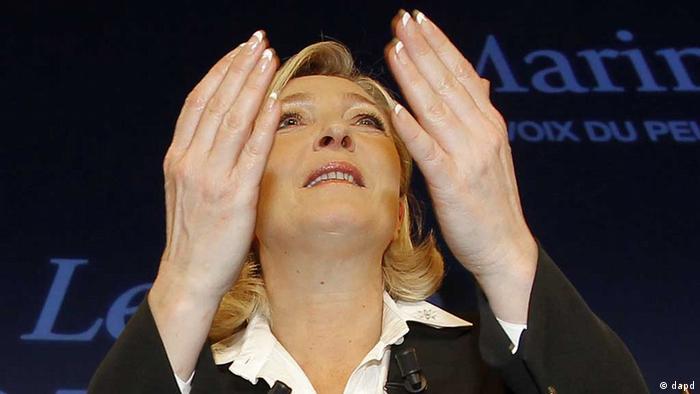 The French far-left leader Jean-Luc Melenchon confirmed Saturday that he will go head to head with his far-right counterpart, Marine Le Pen, for a parliamentary seat on her home turf, promising a sensational political confrontation in the run-down northern town of Henin-Beaumont.

"We want to gain a political victory which has both national and international meaning," Melenchon said at a press conference in Henin-Beaumont, speaking alongside a local Communist Party official.

"It will be a Homeric battle in a way, with extremely strong symbolism as it is the cradle of the French workers' movement and also the place where Mrs Le Pen, in bravado, has decided to base herself," he had mused earlier.

However, Le Pen, who is anticipated to confirm her candidacy on Monday, dismissed the left-wing contender as a "secondary phenomenon."

Neither candidate made it through to the second round of the country's presidential election, in which socialist candidate Francois Hollande claimed a tight victory. But both Le Pen's National Front and Melenchon's Left Front still managed to make waves during the campaign, capitalizing on the French public's growing disillusionment with the political center.

The vote in Henin-Beaumont is part of wider legislative elections in France which will decide whether Hollande will have a working majority in parliament and the extent to which Le Pen's and Melenchon's parties will be able to set the political agenda.