The iconic actress Marilyn Monroe remains a contemporary role model even decades after her death. On what would have been her 90th birthday, DW takes a look at a new book about the woman behind the myths.

Marilyn Monroe could be ridiculously funny, both on the big screen and in private. Those who don't believe that should read what her friend, novelist Truman Capote, said about her.

The two once met at the sidelines of a funeral, an occasion he wrote about in 1955. The ensuing conversation ranged from Monroe's looks and her new beau, playwright Arthur Miller to the search for champagne and feeding dogs. 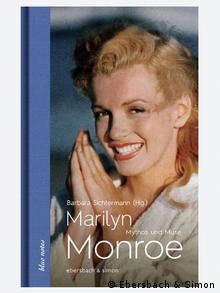 Whether the dialogue is as truthful as Capote suggested is something that no one could answer today. Yet it's something that one could imagine. And it's written splendidly - Monroe held nothing back. That made it both funny and absurd.

Capote, Oates and Miller on Monroe

Capote's short play is one of three texts that writer Barbara Sichtermann included in her short biography on Monroe, "Marilyn Monroe: Mythos und Muse" ("Marilyn Monroe: Myth and Muse"), published in Germany by Ebersbach & Simon just ahead of the icon's 90th birthday on June 1.

The third is uniquely personal, written by the world-famous playwright Arthur Miller, who was married to the actress from 1956 to 1961.

In her book, Sichtermann included her own essay about the "innocent symbol" in which she attempts to explain the myth of Marilyn Monroe. Learn more about the book by clicking through the picture gallery above.

Stripped down at 90: How Hugh Hefner changed the magazine world with Playboy

Self-portraits were not invented with the smartphone. An exhibition brings the first masters of branding together with today's millions of selfies. See how they compare artistically. (12.11.2015)

A reprint of the Truman Capote text on Marilyn Monroe.