A lack of concentration cost Borussia Dortmund a deserved draw, says captain and goalscorer Marco Reus. Dortmund take a vital away goal back to Germany for next week's second leg — but it could have been even better. 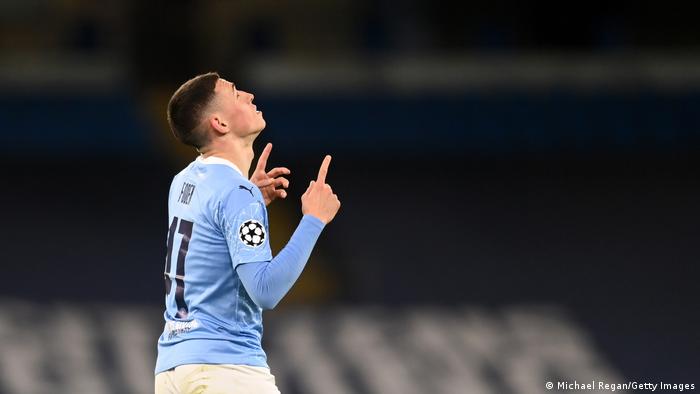 Foden and Manchester City had the last laugh, but the quarterfinal remains wide open

It was difficult for Marco Reus to hide his frustration at full-time. Moments after he and Erling Haaland combined to grab a priceless away goal and a draw at Manchester City, they threw it away. Dortmund switched off and, just like that, their hopes of an impressive result were dashed.

“It was so unnecessary,” Reus told broadcaster DAZN. “We weren’t concentrating for two seconds and they scored. If we stop the cross then it doesn’t happen. It’s a shame we didn’t reward ourselves for the fight we showed tonight.”

Dortmund rolled up their sleeves for this one, playing like a team keen to remind themselves more than anyone else exactly what they’re capable of. Bellingham was superb, Haaland was industrious and Reus was ice cold when his moment came. But as Dortmund showed last weekend when they stumbled to a home defeat by Eintracht Frankfurt, they’re a team who are frustratingly inconsistent.

“We’ve been talking about consistency for a year,” Reus added. “We’ve had too few games like tonight where we’ve showed our level.” 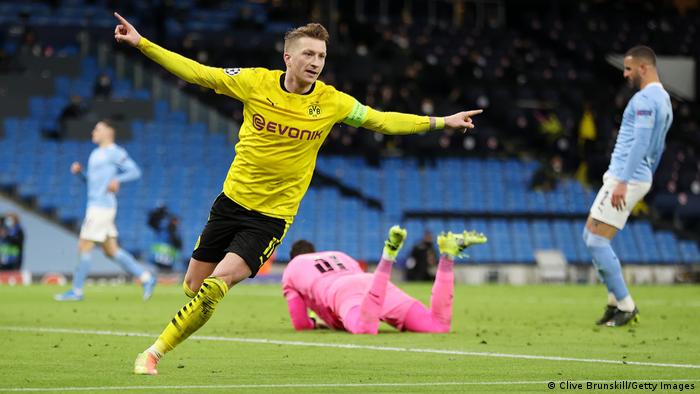 Despite the defeat, Dortmund would have taken 2-1 and that potentially pivotal away goal at the start of the game. A 1-0 victory back in Dortmund next week would do it for them.

Dortmund fell behind in a fashion all too familiar to them this season. A slack pass by Emre Can allowed City in, and the rest was almost a formality. The impressive Riyad Mahrez with the touch and pass, the irrepressible Kevin de Bruyne with the finish from close range.

However, Dortmund were on the receiving end of some abysmal refereeing decisions, which had threatened to drag Dortmund down. The first was a penalty call against Emre Can, who didn’t make contact with Rodri, the second was a goal disallowed by the excellent Jude Bellingham. The reason given was a foul by the English 17-year-old – but it was a foul invisible to everyone except the Romanian referee.

City’s failure to double their advantage it two was less about Dortmund and more about the wayward finishing of Phil Foden. The Manchester City teenager was unable to convert the two clear chances that had been crafted for him. 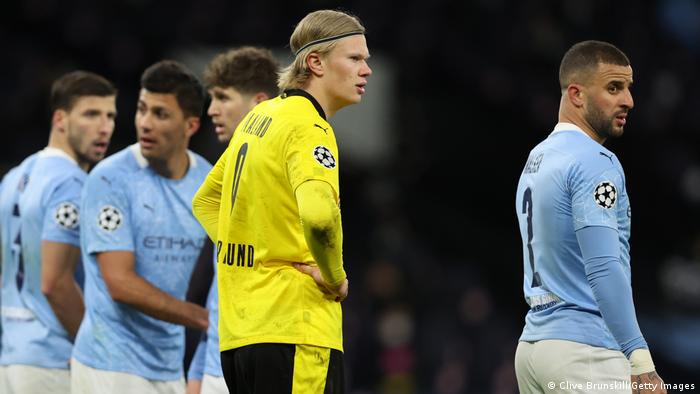 That left the door open ajar for Dortmund, who were much-improved after the break. They were getting Haaland into the game with increasing frequency and showing a willingness to pour forward in numbers when in possession. The game was open, absorbing and just the feast of attacking football that had been on the cards.

Time seemed to be running out for Dortmund, but they struck in the 84th minute. Bellingham’s strong run and pass found Haaland, whose deft throughball was brought down by Reus, and the veteran kept his cool to slot the ball past Ederson. His goal, nine years on from his last goal at the Etihad, saw him overtake Robert Lewandowski as Dortmund’s all-time top Champions League marksman.

That should have been the moment Dortmund shut up shop for the final five minutes, but they couldn’t see it out. De Bruyne was given space to pick out former Dortmund midfielder Ilkay Gündogan, who teed up Foden to tuck into the bottom corner just as the clock struck 90. There was little in the way of celebration for Foden, whose winner atoned for his earlier misses.

Dortmund should have closed it out, but with the second leg coming up next Wednesday, they will know that this race still has a long way left to run. As Dortmund coach Edin Terzic put it, “we showed that we can annoy them”.

UEFA's Champions League reforms and the fans: 'We could lose generations'

European football's governing body is set to vote on a new Champions League format from 2024. While Europe's elite clubs will financially benefit from the changes, fans are set to pay the price in more ways than one.