Many unanswered questions a year after Sewol ferry disaster | Asia | An in-depth look at news from across the continent | DW | 14.04.2015

Many unanswered questions a year after Sewol ferry disaster

On April 16, 2014, the ferry MV Sewol sank off South Korea's coast plunging the country into shock. But a year after the tragedy, many questions over the accident remain unanswered. 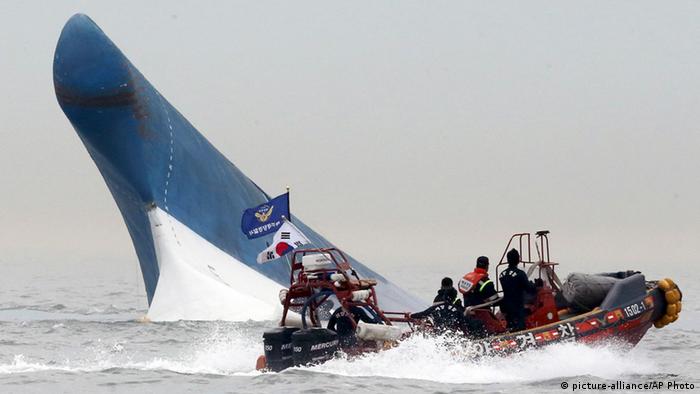 A "life in mourning" - this is how Chung Song-wook describes his life over twelve months. Everything changed for him in April last year when his son Chung Dong-soo died in a ferry accident while en route to the resort island of Jeju on an organized trip.

The ferry capsized off the southern island of Jindo. Of the 476 passengers onboard the MV Sewol, more than 300 people lost their lives - most of them were students like Chung Dong-soo.

Shortly after the accident, it became clear that many lives could have been saved had the ferry's captain and crew acted differently and not instructed the passengers to remain on the vessel. And if the ship had not been significantly overweight, in violation of the rules.

Prior to the Sewol disaster, Chung Song-wook had been a normal company employee. "But since the accident, my life has revolved around seeking the facts in this case and the recovery of the ship," he told DW.

For about six months, Chung lived with other victims' families near the site where the disaster took place, and went out into the sea every day to observe the search operations. 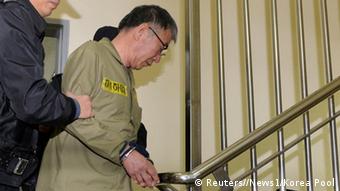 The ferry's captain was sentenced to 36 years in prison

He is currently the spokesperson for the "community of the survivors of the Sewol disaster," which fights to bring those responsible for the tragedy to justice.

However, there is still a long way to go to achieve this. "The work being done is still in its infancy," says Norbert Eschborn, country representative of the Korea office of the German foundation Konrad-Adenauer-Stiftung.

"Although there was a parliamentary inquiry into the case last year, a comprehensive probe into the disaster in all its complexity has still not been carried out, and that is what the bereaved families demand," Eschborn told DW.

They want to know why their children, siblings or partners had to die, and who was to blame for their deaths? But there are no simple answers to these questions as many factors played a part in the accident.

For instance, a report published last summer concluded that a number of factors, including carelessness by the authorities, corruption and greed on the part of the shipping company, as well as the crew's negligent behavior, all contributed to the disaster.

The tragedy sent shockwaves across South Korea, recalls Eschborn. "The incident still plays an important part in the public consciousness, and there is huge compassion for the dead and the bereaved families."

There is even evidence that the consumption pattern of South Koreans changed dramatically in the months after the tragedy, with people spending less than usual on consumer goods. 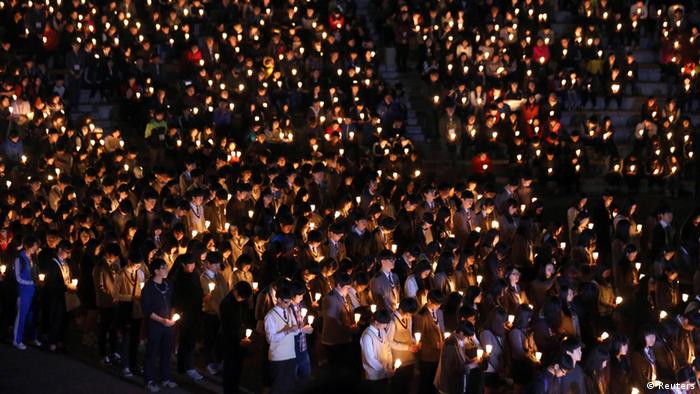 The legal process in the case is also yet to be completed. Late last year, the ship's captain and 14 other crew members along with the head of the shipping company were sentenced to long prison terms.

The prosecution and the co-plaintiffs, however, were not satisfied with the sentence. Demanding the death penalty, they lodged an appeal, and a ruling is scheduled for the end of April.

Moreover, a new commission of inquiry has been set up to shed more light onto the incident, although the victims' relatives accuse the government of interfering with the investigation.

"Employees from the Ministry of Maritime Affairs and from the now disbanded Coast Guard - the agencies that are accused of negligence and failure - are part of the committee," said South Korea expert Eschborn. "There is therefore huge distrust regarding the objectivity of the commission."

The judgment of the five-month long Sewol trial has left many of the victims' family members dissatisfied. Experts say the trial of Captain Lee Joon-seok and his crew closes only one chapter of the ferry disaster story. (11.11.2014)

Lee Joon-seok has been given a jail sentence of 36 years, which may seem a bit too lenient to the family members of the victims. But the judgment is nevertheless a balanced one, writes DW's Esther Felden. (11.11.2014)

The South Korean media are also skeptical as to whether the reasons behind the incident will ever be fully uncovered. As the anniversary of the disaster approaches, media outlets have turned the focus back on the topic. "Pointing to the bad crisis management at the time of the accident, the media are asking whether anything has changed," Eschborn said.

In the wake of the disaster, the nation's Coast Guard was dissolved and a new department of homeland security was established in its place. New safety regulations have also been passed.
Nevertheless, "the country's media are of the view that there haven't been any concrete achievements despite all the promises made."

This is a charge that has significant implications even for President Park Geun-Hye, whose administration was strongly criticized for its handling of the crisis. Although the president replaced two ministers, the incident dented her popularity, say experts.

"Although the leader has survived, I believe she will be remembered as a president who failed in crisis management at the time of the Sewol disaster," Eschborn noted.

Life must go on

Meanwhile, Chung Song-wook is only left with memories of his son. He is now a withdrawn person, only talking to other bereaved families, and taking to the streets to protest against delays in the investigation. He told DW he avoids engaging with relatives and friends who cannot understand his situation and pain.

His life has been at a standstill since the death of his son. But it shouldn't remain that way, as he has another son and must take care of him, he added.

There is also another factor that drives him: the desire to seek answers for the many unanswered questions. "We want to find out the truth about why the ferry sank so fast and why our children drowned with it." Nothing can bring them back, including the financial compensation the government recently announced, he lamented. 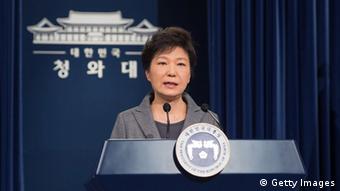 Chung Song-wook and others who lost their relatives describe the financial offer as insensitive. Even though it's been a year since the disaster, not all of the bodies have been found.

To date, nine families continue to wait for their loved ones to be recovered from the bottom of the ocean. To the dismay of the bereaved, the rescue work was declared over in November 2014, after the death of two divers.

"Our only demand for President Park is to commit to the recovery of the sunken Sewol," Chung Song-wook said. Although it is unclear if that is going to happen, the president recently announced that she would reconsider recovering the vessel.