Many domestic workers without labor protection | Business | Economy and finance news from a German perspective | DW | 09.01.2013

Many domestic workers without labor protection

The International Labor Organization (ILO) has found in a recent study that almost one in three domestic workers is without labor protection. The number of those workers has risen enormously of late. 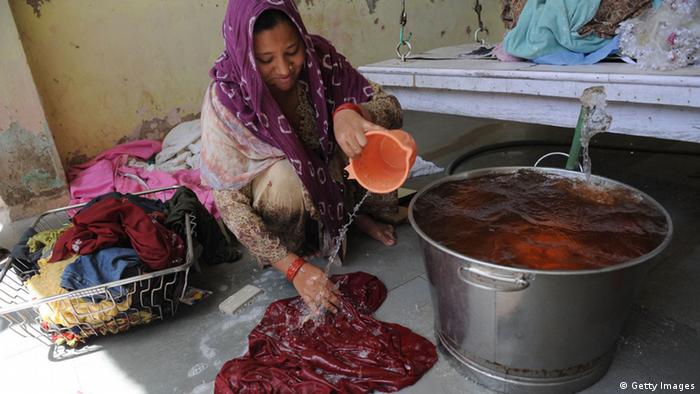 The number of domestic workers worldwide has soared by 60 percent since 1995 to a total of over 52 million people, the International Labor Organization (ILO) said in a study on Wednesday.

"From caring for children to caring for elderly people and persons with disabilities to performing a wide range of household tasks, domestic workers are an indispensable part of the social fabric," ILO Deputy Director-General Sandra Polaski said in a statement.

But despite them being so important, nearly one third of them were still not protected by national labor laws, the ILO study claimed.

"Combined with the lack of rights, the extreme dependency on an employer and the isolated and unprotected nature of domestic work can render them vulnerable to exploitation and abuse," Polaski commented.

The UN labor body added that while many countries in Latin America, Africa and the West had recently extended protection mechanisms, most nations in the Middle East and Asia still had yet to do so.

The ILO report was issued amid a campaign to get more countries to sign the 2011 UN Convention on Domestic Work, which set standards on work hours, wages and union activities.