A man has succumbed to his injuries in hospital after plummeting from a Ferris wheel at a major German electronic music festival. Police are investigating what caused the fall. 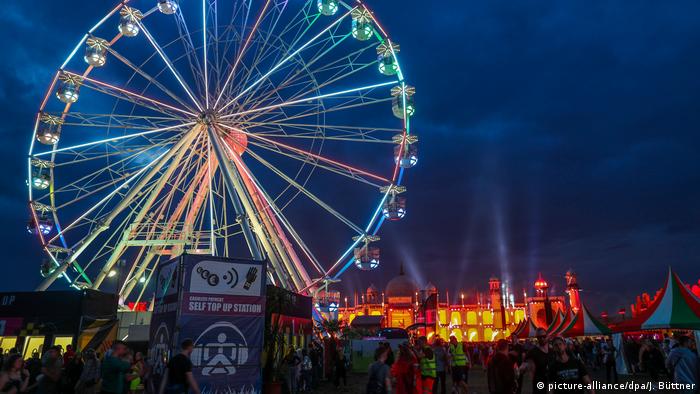 A 31-year-old reveler died after falling from a ride at the Open Beatz Festival in Bavaria, police said Sunday.

The man was treated by an emergency doctor at the site before being transferred to hospital, where he died from his wounds.

Police said they were investigating what caused the man to fall from the Ferris wheel.

The festival's organizers expressed their condolences on Facebook: "We wish all family members, relatives and those affected strength and unity at this difficult time."

Open Beatz in the town of Herzogenaurach is the largest open-air electronic music festival in southern Germany, drawing some 20,000 people each year.

A 58-year-old German has died after being hit during a dispute at the annual Oktoberfest in the city of Munich. A man believed to be a suspect has reported to a police station. (29.09.2018)

Fifteen police officers have been injured in violence following a music festival in the Hessian city of Darmstadt. Alcohol is thought to have played a role in the clashes. (03.06.2018)

In a country with a highly subsidized culture scene, Germany's Rheingau Music Festival stands out — it doesn't depend on public funding. The managing director explains how that works. (21.06.2019)