MAN bribery probe widens to include more than 100 people | Business | Economy and finance news from a German perspective | DW | 11.05.2009

MAN bribery probe widens to include more than 100 people

An investigation into bribery at the German truck maker MAN is far larger than originally believed. Reports say more than 14 million euros were paid in a kickback scheme over several years. 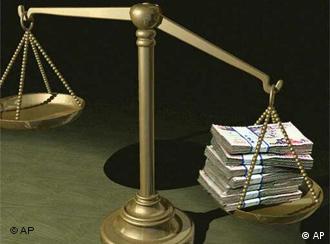 Prosecutors believe payouts made by MAN were illegal

Prosecutors in Munich said they have reason to believe that the German truck maker had a system in place to "boost the sales of trucks and buses." That system allegedly included illegal payouts to MAN customers. At times, bank accounts of relatives and friends were used to disguise the transactions, according to prosecutors.

Between 2002 and 2005, an estimated 14 million euros ($19 million) in bribes are thought to have been paid out, the majority of it to customers outside of Germany.

Prosecutors did not specify exactly how many people were being investigated, but said the number is "well over 100." That figure includes both MAN marketing staff and customers suspected of having taken illegal payoffs.

About 300 police personnel across Germany are involved in the probe. Two people were arrested last week, although one was later released. Suspects could face charges for bribery and tax evasion.

Corruption an issue in Germany 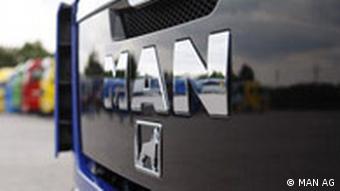 MAN, which has Volkswagen as its dominant shareholder, said it was fully cooperating with the prosecutors. Prosecutors said the top management at MAN had not been implicated in the allegations, which arose after a tip-off from tax authorities.

The inquiry comes on the heels of a corruption scandal at engineering and telecommunications giant Siemens in 2006. Investigators found that Siemens staff had set up slush funds to pay "commissions" to secure contracts.

The affair led to a major restructuring at Siemens and the company later agreed to pay one billion euros in fines.

In 2007, MAN responded to the Siemens scandal by appointing two ombudsmen to accept tip-offs from whistle-blowers in the company and investigate possible breaches of corporate standards.

Prosecutors in Germany have opened a corruption investigation into truck making giant MAN which is suspected of paying millions in bribes to sell and lease its vehicles. (05.05.2009)