The European Parliament has been investigating the rule of law in Malta after the death of prominent journalist Daphne Caruana Galizia, and has noted a widespread "perception of impunity" among government officials. 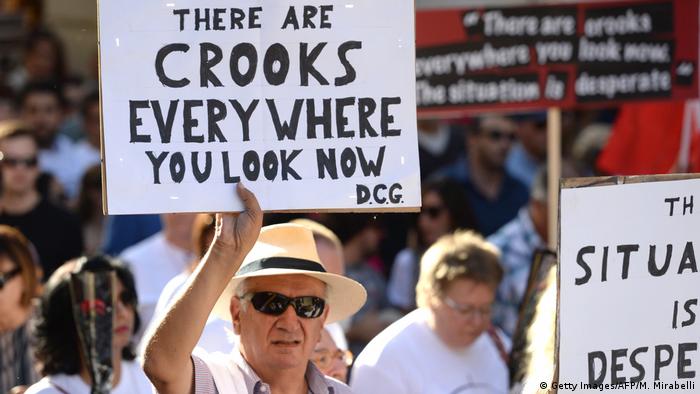 Senior Maltese officials have a "perception of impunity," a delegation of EU lawmakers said on Friday after completing a fact-finding mission to the small Mediterranean island.

Impetus for the visit was the October 16 car bomb death of Maltese journalist Daphne Caruana Galizia who had been investigating corruption and money laundering among senior Maltese politicians.

In response, the European Parliament voted in November to start talks with the Maltese government about the rule of law in the country.

"The brutal assassination of ... Galizia was aimed at instilling fear in everyone, especially those involved in investigating and prosecuting cases of money laundering and corruption," said the head of the six-person delegation, MEP Ana Gomes.

Delegation deputy leader Sven Giegold said the visit had revealed "a high degree of unwillingness and incompetence to investigate and prosecute" prominent figures among police authorities.

Gomes said her team were worried by the lack of prosecutions against government figures for financial crimes.

Documents part of the 2015 "Panama Papers" leak showed that the Tourism Minister Konrad Mizzi and the prime minister's chief of staff, Keith Schembri, had secret financial companies and trusts abroad. 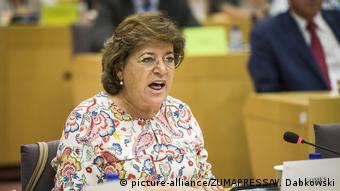 "We are worried about the low number of cases that are being prosecuted in the area of financial crimes. This impunity cannot continue," Gomes said.

But Gomes also said the death of Caruana Galizia could spur greater respect for the rule of law in Malta.

"We believe that the assassination of Caruana Galizia instilled a feeling of fear and intimidation, but it was also a galvanizing moment for society to realize that the rule of law benefits everyone," Gomes said.

The Maltese government has not yet commented on the delegation's visit.