Two rebels groups who seized control of northern Mali have agreed to turn their territory into an independent Islamist state. Both groups have grown in power in recent months, capitalizing on political instablity. 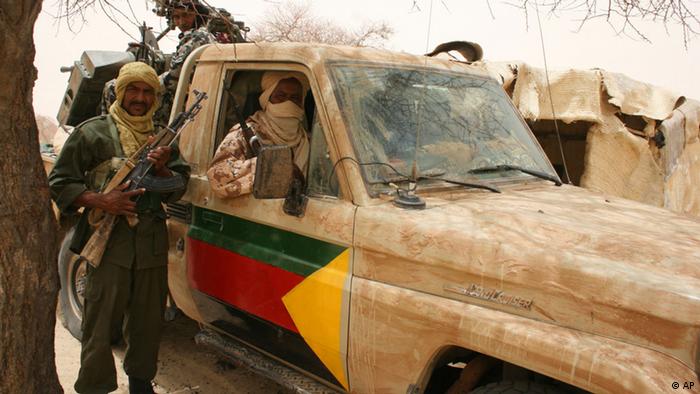 Mali's Tuareg rebel National Movement for the Liberation of Azawad (MNLA) and the al Qaeda-linked Ansar Dine Islamist militants agreed to join forces on Saturday, signing a deal to create an independent Islamist state in the north of the country.

"The agreement reached this evening will see the merging of the two movements - the MNLA and Ansar Dine - to create an independent Islamic state," MNLA spokesman Mohamed Ag Attaher told news agency Reuters.

"It will also see the merging of our two forces and the appointment of an executive authority for the Azawad state," Attaher said from the northern town of Gao, where the accord was signed.

Local residents said the deal was greeted by celebratory gunfire across the city, where the two groups had held talks for several days.

The rebel groups seized control of the north, an area larger than France, two months ago when the country was plunged into chaos in the wake of a military coup. The MNLA had previously said they wanted to create an independent secular state in the north, while Ansar Dine want to impose Sharia law across the west African nation.

Saturday's declaration is likely to further disrupt efforts to return the country to civilian rule.

Former President Amadou Toumani Toure was unseated in the March 22 coup by military officers. Led by Captain Amadou Sanogo the military had objected to the government's handling of a Tuareg rebellion in the north, which began several months earlier.

Despite the appointment of interim president Dioncounda Traore, the military has been reluctant to relinquish its grip on power, hampering efforts to stabilize the country.