The attacker had allegedly tried to kill Mali's interim President Assimi Goita in a mosque. Officials said he died in custody after the "state of his health deteriorated." 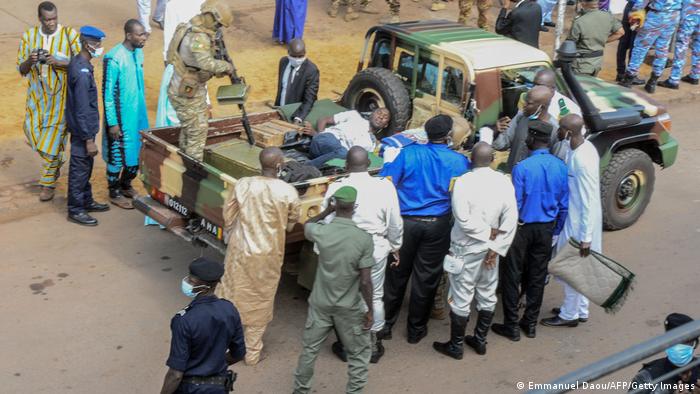 The suspect was arrested immediately after the attack on Goita

A man accused of trying to stab Mali's interim President Assimi Goita last week has died in custody, the government said on Sunday.

"During the investigations... [the suspect's] state of health deteriorated," the government said in a statement, adding that he died in a hospital.

The government said it ordered an autopsy to determine the cause of the suspect's death.

Military strongman Goita has risen to power after staging two coups in less than a year. He escaped unharmed following the stabbing attempt during Eid al-Adha prayers in the capital Bamako.

'Part of being a leader'

Goita, who had served a special forces commander and later vice-president to transitional leader Bah Ndaw, was whisked away after an armed man lunged at him with a knife on Tuesday. 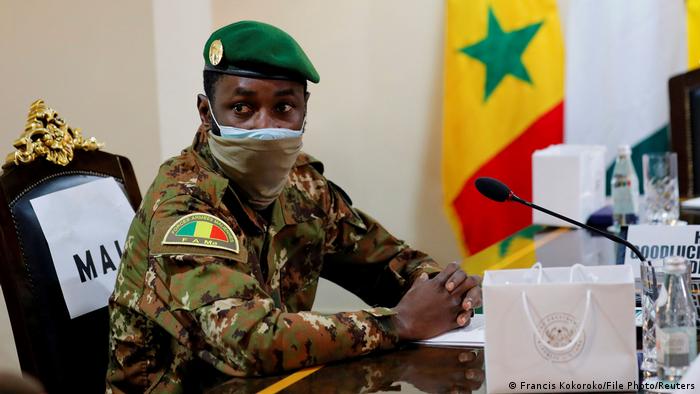 Goita was sworn in as Mali's interim president in June

He later downplayed the significance of the assault and said on state TV that he was doing "very well."

"That's part of being a leader, there are always malcontents," Goita said. "There are people who at any time may want to try things to cause instability."

Mali has been thrown into political turmoil since the military, led by Goita, arrested his predecessor in May.

The West African country is also battling an Islamist insurgency that has claimed thousands of lives and displaced hundreds of thousands of people.

Goita is currently assuming Mali's presidency for a transitional period of 18 months, after an agreement between the Malian coup leaders and the West African states regional bloc (ECOWAS).

The African country is reeling from its second coup in less than a year. The transitional government promised that elections would take place in early 2022.