Armed attacks on Fulani communities in central Mali have left 23 dead. The rivalry between Fulani herders and Dogon farmers has escalated in recent years with the rising presence of armed Islamist groups. 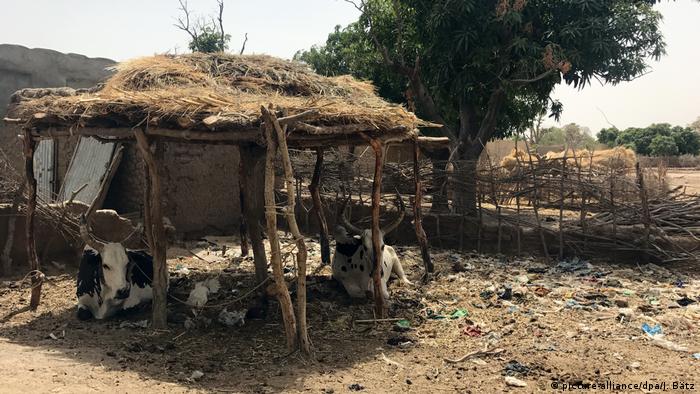 Reuters news agency also reported that some 300 people were missing following the attacks.

"During Sunday, and overnight, in the villages of Bidi, Sankoro and Saran, armed men attacked civilians, killing 23 of them," Cheick Harouna Sankare, mayor of the neighboring town of Ouenkoro.

After raiding the village of Saran, the attackers went on to Bidi, but people had already fled, said Harouna Sankare, who blamed the attack on Dogon hunters.

"Since they didn't find anybody [in Bidi], they burned the village and the houses and attacked the cattle," he said.

The attacks come following a wave of deadly assaults between Fulani herders and Dogon farmers who have long fought over land and resources.

The rivalry has escalated in recent years due to the growing presence of armed Islamist groups.

President Ibrahim Boubacar Keita's government has promised to disarm the militias but has so far struggled to do so.

Tit-for-tat violence between the rival communities has increased this year. In March, suspected Dogon militiamen killed more than 150 Fulani in central Mali in one of the most violent attacks in the country's recent history. Raids on Dogon villages in June killed over 40 people.

In other parts of central Mali, 12 civilians including a baby were killed on Sunday when the vehicle they were traveling in struck a landmine. Local mayor Issiaka Ganame told Reuters news agency that none of the passengers survived.

It was not clear who laid the mine, but jihadist groups have been known to deploy this kind of ordnance in the region.

Mali's president has appointed a new prime minister, after the country's government resigned. Boubou Cisse, who had been serving as finance minster, is now charged with easing growing unrest. (22.04.2019)

Members of the Dogon tribe reportedly burned a large portion of a village belonging to Muslim Fulanis. Tensions between the two have surged since the government started battling extremists in its desert territories. (24.03.2019)