The Maldives Supreme Court has ordered the release and a new trial for former president Mohamed Nasheed. The ruling could allow Nasheed to challenge current President Yameen Abdul Gayoom in this year's election. 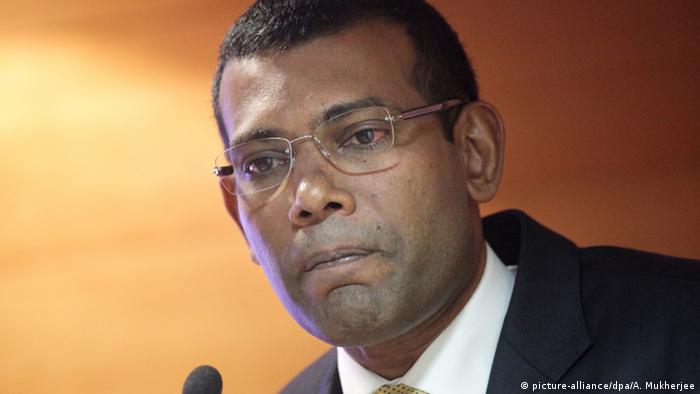 Hundreds of opposition supporters on Thursday gathered outside the main opposition Maldivian Democratic Party (MDP) campaign center in capital Male, waving national flags and chanting "the government is over" after the Supreme Court ordered the release of imprisoned former president Mohamed Nasheed and eight other opposition leaders.

But celebrations soon turned into clashes with police after President Yameen Abdul Gayoom fired the country's police chief, whose department had said it would uphold the court ruling. At least one policeman was injured in the three-hour-long violence.

The top government lawyer said the police chief was fired after the president was repeatedly unable to reach him on the phone.

Nasheed took to Twitter to call on Yameen to abide by the court ruling and resign.

Maldives has been mired in political unrest since Nasheed, the first democratically elected leader of the Indian Ocean archipelago, was ousted in 2012. Nasheed was later sentenced to 13 years in prison on terrorism charges.

The court then ordered new trials. 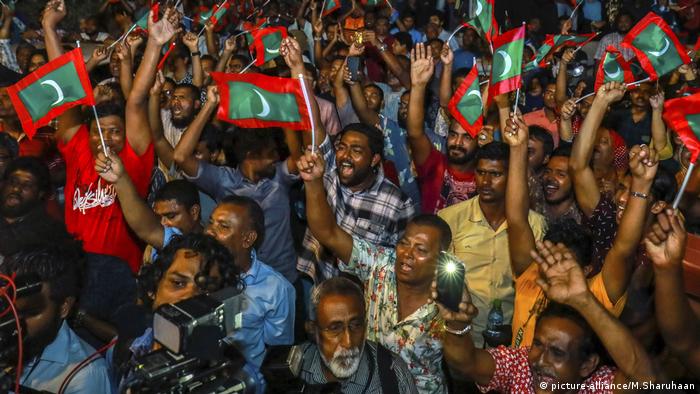 The ruling late Thursday opened the door for Nasheed, who was granted asylum in Britain after leaving Maldives to receive medical attention, to challenge President Yameen when he seeks reelection later this year. Nasheed has sought help from the United Nations to restore his political rights.

The exiled leader said on Friday he will be contesting the presidential elections expected later this year.

"I can contest and I will contest and hopefully we will win it again," Nasheed said in Colombo.

Maldives, known for its luxury tourist resorts, became a multiparty democracy 10 years ago after years of authoritarian rule. But Yameen has maintained a tight grip on power, controlling institutions like the judiciary, police and the bureaucracy.

The Court also reinstated 12 legislators who lost their seats after defecting to the opposition. As a result, Yameen's Progressive Party of the Maldives will lose its majority in the 85-member parliament.

The president's office said in a statement that it was trying to "vet and clarify" the court's decision but would comply with it.

The Administration will "work to engage, and consult with, the Supreme Court in order to comply with the ruling in line with proper procedure and the rule of law," said Ibrahim Hussain Shihab, a spokesman for the president's office.

Yameen Rasheed is the third media figure on the tropical atoll to either be killed or abducted in the past five years. The problem has worsened under President Abdulla Yameen who won a dubious election in 2013. (23.04.2017)

Leaders of the archipelago in the Indian Ocean have said they want to leave the group of former British colonies. Earlier, the Commonwealth had threatened Maldives with suspension for its dubious human rights record. (13.10.2016)