Authorities in Malaysia have seized a record-breaking amount of crystal meth worth millions. The seizure is a win for the country which has been battling its own drug addiction problems. 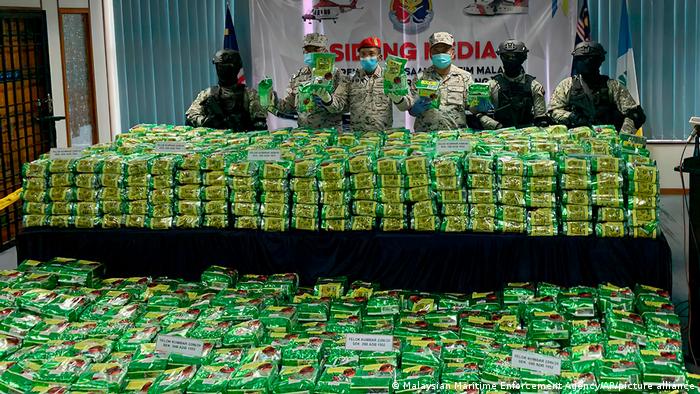 A patrol from the Malaysian Maritime Enforcement Agency discovered the haul — weighing more than 2 tons and worth over $26 million (€21.43 million) — in a small boat off the coast of Penang on December 9.

The 12.5-meter (41-foot) recreational boat caught the attention of authorities with its unusual behavior. The 26-year-old driver attempted to flee when he saw the patrol boat and eventually jumped overboard.

He was subsequently arrested and the boat with its smuggled cargo was seized. Nobody else was on board.

The authorities found 2,118 kilograms (4,669 pounds) of methamphetamine disguised as packets of Chinese tea in 130 sacks.

It was not clear where the drugs had been produced, but Zubil deduced from the packaging "it is highly possible that the crystal methamphetamine was smuggled out from Myanmar's Golden Triangle."

The Golden Triangle is a remote jungle area where the borders of Myanmar, Laos and Thailand meet. It has long been a key center in the production of heroin and more recently methamphetamines. 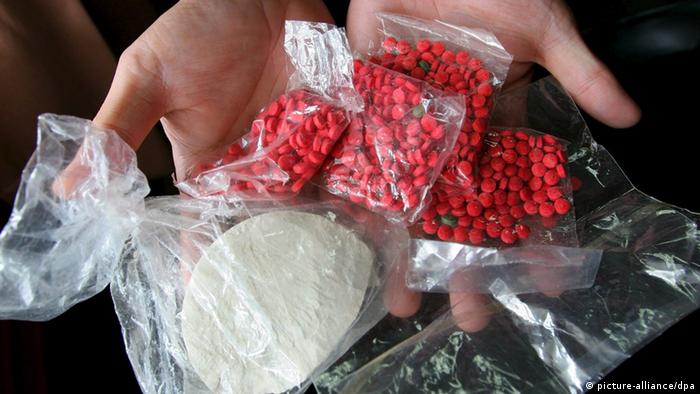 The illegal drug is smuggled throughout Southeast Asia, China and Australia and is part of a multibillion dollar illicit industry.

The UN Office on Drugs and Crime has calculated that the cumulative annual value of the trade of methamphetamine in Asia is over $60 billion.

Malaysia itself is dealing with a major drug addiction problem, and the law dictates a mandatory death penalty for anyone convicted of trafficking drugs.

Authorities believed the shipment was intended for markets outside of Malaysia where the drug could fetch a higher price.

Zubil told AFP that drug smugglers were employing new tactics as a result of the global coronavirus pandemic. But he said the Malaysian coast guard was working closely with police in order to intercept and disrupt the illegal trade.

Highly addictive crystal meth, also known as "ice," is growing in popularity among rich students and young people in Pakistan. Drug treatment is complicated by many families keeping addiction issues a secret.

Police in the German capital have seized more than 18 kilograms of crystal meth, along with a heavy assortment of other drugs, amounting to over €4 million.