Goldman subsidiaries and two of the bank's former employees were accused of misappropriating $2.7 billion from Malaysian fund 1MDB. The US bank has also been accused of benefiting from $600 million in inflated fees. 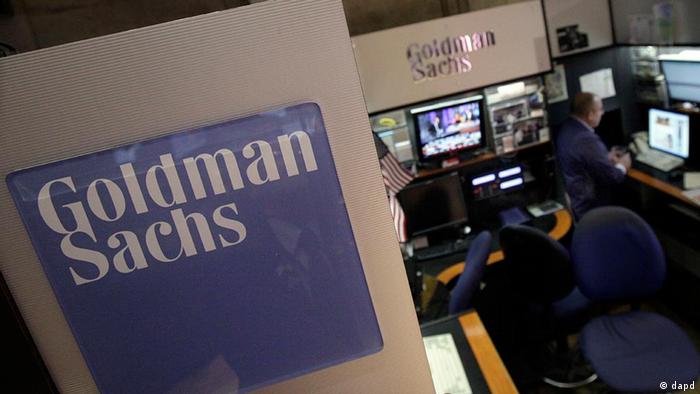 Malaysia on Monday filed criminal charges against Goldman Sachs and four other individuals as part of an investigation into a multibillon-dollar scandal involving the 1 Malaysia Development Berhad (1MDB) state investment fund.

The US bank has been under scrutiny for its role in helping raise $6.5 billion (€5.7 billion) through three bond offerings for 1MDB, a fund launched in 2009 by former Malaysian Prime Minister Najib Razak to promote economic development in the country.

All are accused of making false statements in order to "dishonestly misappropriate $2.7 million" from the proceeds of the three bonds. Thomas said the four individuals are accused of conspiring to "bribe Malaysian public officials in order to procure the selection, involvement and participation of Goldman Sachs in the bond issuances."

Thomas also said that Goldman also benefited by collecting what he claims were inflated fees of $600 million.

"Having held themselves out as the pre-eminent global adviser/arranger for bonds, the highest standards are expected of Goldman Sachs. They have fallen short of any standard," the attorney general said as he announced the charges.

"Their fraud goes to the heart of our capital markets, and if no criminal proceedings are instituted against the accused, their undermining of our financial system and market integrity will go unpunished."

Thomas said prosecutors would seek jail terms of up to 10 years for each individual as well as fines "well in excess" of the allegedly misappropriated $2.7 billion bond proceeds and the $600 million in fees received by Goldman.

The US bank said in a statement that the charges were "misdirected" and the bank would fight the charges. The bank said it has continued to cooperate with investigators.

Both Leissner and Ng had already been charged over the 1MDB scandal last month in the US in November. Leissner pleaded guilty to money laundering conspiracy and to conspiring to violate foreign bribery laws. Ng was arrested in Malaysia and is facing extradition to the US.

US and Malaysian prosecutors allege that huge sums were stolen from the 1MDB fund by associates of Razak, then the Malaysian prime minister. The looted funds were allegedly used for an excessive spending spree, which included the purchase of a $265 million yacht and a $100 million investment in the music label EMI.

In July, Malaysian police said Low, who was also charged in the US, had fled to an unknown location in Macau. US prosecutors have accused him of using misappropriated funds for bribes and kickbacks to foreign officials, to pay for luxury real estate, art and jewelry in the United States and helping to finance Hollywood movies, including "The Wolf of Wall Street."

The scandal was one primary reason for Razak's shock defeat during Malaysian elections in May. Razak has also been charged with corruption over the scandal and has pleaded not guilty.

Corruption charges against former Malaysian Prime Minister Najib Razak mark a major turning point in a graft scandal that has blighted the Southeast Asian nation. Malaysians are seeking a return to good governance. (04.07.2018)