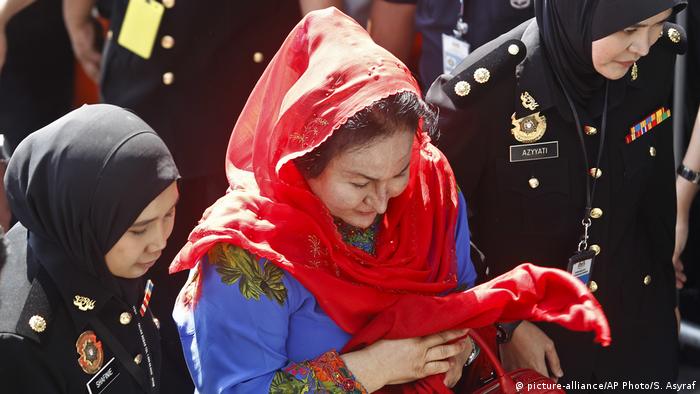 Questioning was expected to focus on a 42 million ringgit ($10.6 million; €9.05 million) transfer that was made to Najib's personal bank account from SRC International, a subsidiary of 1MDB.

Rosmah's husband is accused of misappropriating some $4.5 billion (€3.85 billion) from a former subsidiary of 1MDB, including $700 million that was transferred to his personal account.

Najib has made several statements to anti-graft investigators and has denied any wrongdoing.

The scandal has dogged the former Malaysian leader and his family for the last three years and was a key reason behind his surprising defeat in the country's May 9 election. 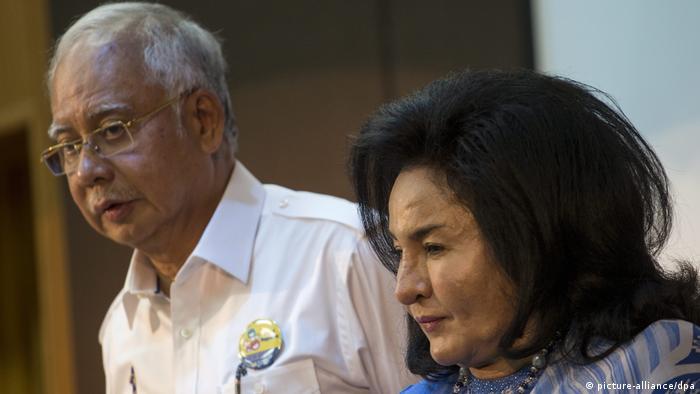 Malaysian authorities confiscated 72 suitcases filled with cash and jewelry as well as over 400 luxury handbags — over 284 of which were Birkin bags, which cost thousands of dollars per piece.

Rosmah's lawyers have denied, however, that she spent $27 million on a rare pink diamond.

At least five governments have opened money-laundering investigations into the 1MDB scandal, including the United States, Switzerland, Indonesia, Singapore and Hong Kong.