The Palestinian leader has condemned anti-Semitism and apologized for comments he made earlier in the week. He was slammed for claiming that Jews' "social behavior" partly explained the Holocaust. 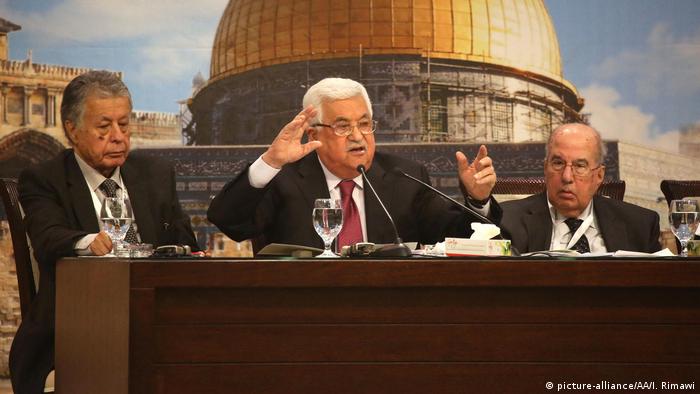 Palestinian President Mahmoud Abbas called the Holocaust "the most heinous crime in history" in a statement released after a meeting of the Palestinian National Council (PNC).

He apologized for remarks he made at the four-day meeting earlier in the week, during which he suggested that "animosity toward Jews was not because of their religion, but because of their social behavior." He added that such behavior included money-lending and banking.

Read on: How Germany's anti-Semitism commissioner plans to fight hatred

The 83-year-old, who was re-elected as the leader of the Palestine Liberation Organization (PLO) on Friday, had also called the creation of Israel a European "colonial project aimed at planting foreign bodies in the region."

'Respect for the Jewish faith'

In Friday's statement, he said "if people were offended by my statement in front of the PNC, especially people of the Jewish faith, I apologize to them."

"I would like to assure everyone that it was not my intention to do so, and to reiterate my full respect for the Jewish faith, as well as other monotheistic faiths."

He added that he opposed anti-Semitism "in all its forms."

Abbas' comments had sparked international outrage. German Foreign Minister Heiko Maas tweeted that Germany was solely responsible for the Holocaust and that any attempt to "qualify the Holocaust" was unacceptable.

Abbas has previously faced criticism for similar comments. In a dissertation he wrote in the 1980s, Abbas relativized the Holocaust and argued that Zionist movements collaborated with Adolf Hitler's regime.

In 2014, he defended himself against being called anti-Semitic by saying that the Holocaust was "the worst crime in modern history."

In December, Trump reversed decades of US policy to recognize Jerusalem as Israel's capital. Israeli Prime Minister Benjamin Netanyahu termed the decision "historic" during his meeting with US president on Monday. (05.03.2018)