French President Emmanuel Macron stuck to his guns after his rivals slammed his description of the French as "Gauls who resist change." Expressing "humor about oneself" is a typically French characteristic, he quipped. 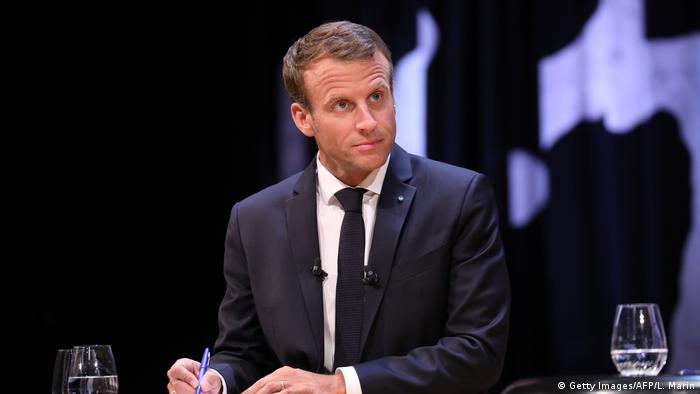 Opposition politicians in France took aim at President Emmanuel Macron on Thursday for describing his countrymen as "Gauls who resist change."

The French president made the controversial quip during a diplomatic visit to Denmark on Wednesday. Commenting on the Danish system, which combines social protection and economic flexibility, he said that this structure was partially rooted in the Danes' history as a "Lutheran people who have lived through the transformation of the last decades."

He then compared Danish and French mentality, referring to his compatriots as "Gauls who resist change." The ancient Gaulish tribes are believed to be ancestors of the modern-day French.

'Absurd caricature of the French'

The remark, made before an international audience, sparked angry reactions from opposition politicians in France.

Macron was "feeding this sort of absurd caricature of the French," Laurent Wauquiez from the centrist Republicans told broadcaster Europe1. Separately, populist leader Marine Le Pen tweeted that Macron was scorning the French from abroad "as usual."

"The Gauls will take great pleasure in responding to his arrogance and contempt," she wrote.

Responding to the controversy from Helsinki on Thursday, Macron said that his Copenhagen statement was "a lighthearted moment."

He also urged the public to "take a step back" from social media, adding that "the love of... irony, humor about oneself and no doubt complexity" were typically French characteristics.

"So the out-of-context row in 140 characters where as soon as you say anything about yourself, there's a row: I can tell you that that's not very French," he added.

Since taking office in May last year, the 40-year-old leader has attempted to push through a series of reforms of France's economy and labor market, with many of his ideas sparking strikes and protests. On Thursday, however, Macron signaled his belief that the French were able to accept modernization.

"If I thought we were nothing but reactionaries, I wouldn't be here before you," he told reporters in Helsinki.