In a dramatic week for French politics, four Cabinet ministers have resigned as President Emmanuel Macron reshuffles his government. A group of relative unknowns are set to take over key ministerial positions. 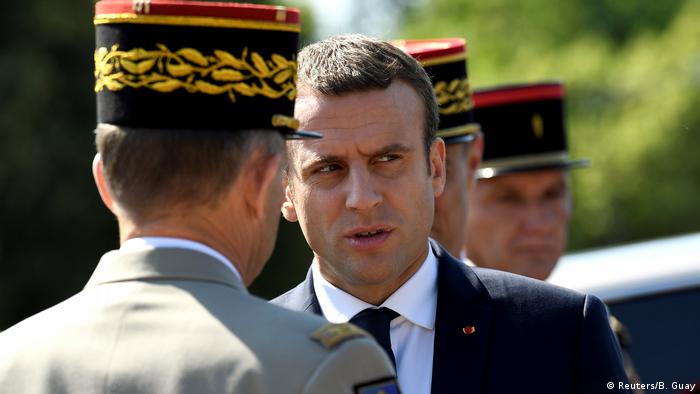 French President Emmanuel Macron appointed a group of relative unknowns to ministerial roles on Wednesday as part of a Cabinet reshuffle after several ministers resigned for their involvement in alleged misuse of European parliamentary funds. 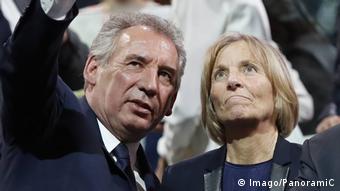 Justice Minister Francois Bayrou and European Affairs Minister Marielle de Sarnez, both members of the MoDem party, announced their resignations from the French Cabinet on Wednesday.

The announcements came after Defense Minister Sylvie Goulard's surprise resignation on Tuesday. She is also a member of the MoDem party, which has been under investigation for corruption since June 9.  It has been alleged that the party used European parliamentary funds to pay assistants actually based in France.

"We have a majority after Sunday's big win, and we have the wherewithal to govern," he added. "Now it's time to get to work."

However, this spate of sudden departures meant that the reshuffle, which was expected to be a formality after the election win, became slightly more extensive.

The new Cabinet has 29 members, including 14 women, up from the 22 appointed after Macron's election last month.

Republican opposition members have called the resignations "a political scandal" and "a major government crisis."

"A quarter of the government has gone," said Laurent Wauquiez, the conservative party's vice president.

Being a target of a preliminary investigation in France is not an indication of guilt. Prosecutors can decide to either drop the allegations or proceed to a full-fledged investigation. However, it's believed that with Macron's stated aim of making transparency in politics a priority, these ministers have been tainted by the cloud of corruption hanging over their party.

This was echoed in a statement made by Goulard on her resignation: "Defense is a demanding portfolio. The honor of our armies, that of the men and women who serve and who put their lives in danger, should not be mixed up with controversies that have nothing to do with them."

In announcing his resignation Bayrou simply said, "I have taken a decision not to be part of the next government."

Government spokesman Castaner said, meanwhile, that Bayrou's move was a "personal choice." Bayrou was a crucial supporter of Macron's movement during the presidential campaign, and his backing was key in winning centrist votes for the new president. But with Macron's victory on Sunday, his La Republique en Marche party will retain an absolute majority in parliament even without MoDem's support.

Following her resignation from the Cabinet, it's believed de Sarnez will now head the MoDem party in parliament.

The fourth Cabinet minister to resign this week was Richard Ferrand, an aide to Macron and minister for territorial planning. He stepped down late Monday after allegations surfaced that he had profited from property deals done six years ago while he managed a health insurance fund in Brittany. He was a member of the French Socialist Party before becoming general secretary of Macron's La Republique en Marche in October.