Ending a long standoff laced with strikes, the German airline reached a complex agreement with crew union Ufo. Salary raises and job security have been cemented, while the pension system has been turned on its head. 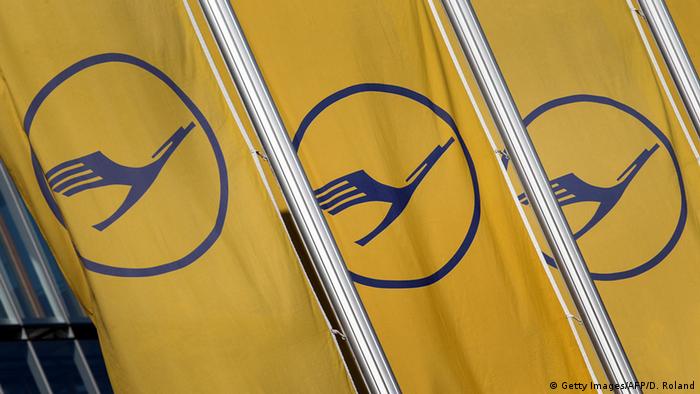 More than 20 different deals were concluded as part of the overall agreement between the Cologne-based airline Lufthansa and the 19,000 member-strong cabin crew union Ufo.

The agreement was hammered out - two and a half years after negotiations began - though an arbitration process that lasted half of a year. Lufthansa has faced a torrent of employee resistance to cost-cutting measures it has undergone to better compete with the rise of low-cost air travel.

Reached last week, the deal was formally agreed upon on Tuesday, when its details were made public.

Salaries will gradually rise 5.5 percent for the period retroactively starting in January 2016 and lasting until June 2019. Workers will be additionally given a payment of 3,000 euros ($3,347) for a profitable 2015 business year. They are set as well to get a bigger slice of the company's future earnings.

The pension system has been turned on its head. Instead of guaranteeing an end pension amount, Lufthansa will make fixed contributions - 5.2 percent of salary - to a pension fund, shifting the interest risk to the employees. Younger employees will have the option to invest the contributions in riskier funds.

Citing an insider to the negotiatins, news agency Reuters reports that the pension overhaul is expected to save Lufthansa 70 million euros per year. Bettina Volkens, Lufthansa board member in charge of human resources, said Tuesday that the deal will lower costs overall for the airline.

The arbiter of the negotiations succeeded in his own demands as well - the parties will meet regularly in the future, and the union will be obligated to turn to arbitration before calling an open-ended strike.

Furthermore, Lufthansa will guarantee employment for current personal until 2021, and promises not to staff its planes with outside workers until 2023.

A new, 18-month system of formal training will be developed, akin to a Bachelor's-level university course. Its completion will be required in the future for cabin workers to move past a monthly salary of 2,150 euro.