German pilots union Vereinigung Cockpit has continued its strike for the third consecutive day and announced it would be extended over the weekend. Nearly 800 short and medium-haul Lufthansa flights were cancelled. 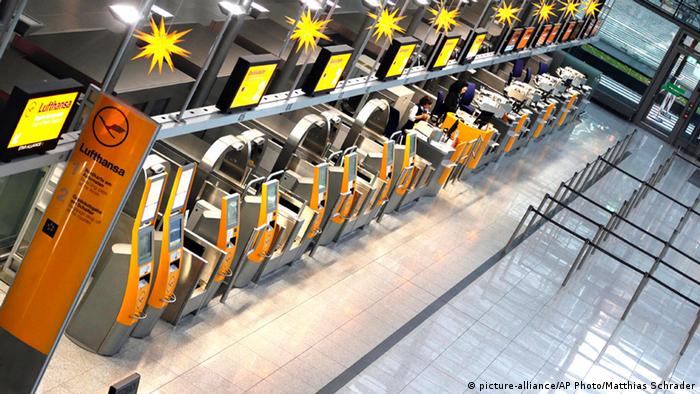 Some flights are continuing to take off with non-union crews, Michael Lambert, a Lufthansa spokesman said, and confirmed 790 of 1,400 scheduled flights on Friday have been cancelled.

Pilots justified the extension of the strike with their so-called "transition contracts," which allow them to retire at 55 while receiving up to 60 percent of their salary until they reach the legal retirement age of 65.

Cockpit has staged a series of walkouts over the past year, demanding that Lufthansa withdraw its decision to do away with such agreements.

Germany's flagship carrier said in a statement after the strike extension that is had already presented a better offer to the union this month but that it had been rejected.

"With the notice of a fourth strike in just one week, the pilots have not only escalated the labor dispute too far, they have removed themselves even farther from a solution," the company said.

Vereinigung Cockpit accused Lufthansa of intransigence but said a return to the negotiating table was possible anytime.

At the same time, the union has warned the airline that its 9,300 members could sustain its industrial campaign for years if necessary, in order to achieve demands.

If you are travelling with Lufthansa airlines today or over the weekend, you can check the status of your flight here.

Pilots of Germany's flagship carrier Lufthansa have announced that they will continue their strike on Saturday. Long distance flights and Lufthansa cargo planes will be affected. (19.03.2015)

Germany's flagship carrier has again been forced to cancel numerous flights due to a pilots' strike. The Lufthansa pilots have staged a series of walkouts over the past year in a dispute over an early retirement scheme. (19.03.2015)

Lufthansa passengers are set to face a third consecutive day of travel chaos after German pilots union Vereinigung Cockpit extended the ongoing strike until Friday. The walk-out is the thirteenth in a year. (19.03.2015)