Shareholders in the London Stock Exchange Group (LSEG) have voted overwhelmingly for a merger with Deusche Börse despite post-Brexit concerns voiced by German regulators about the new entity being domiciled in London. 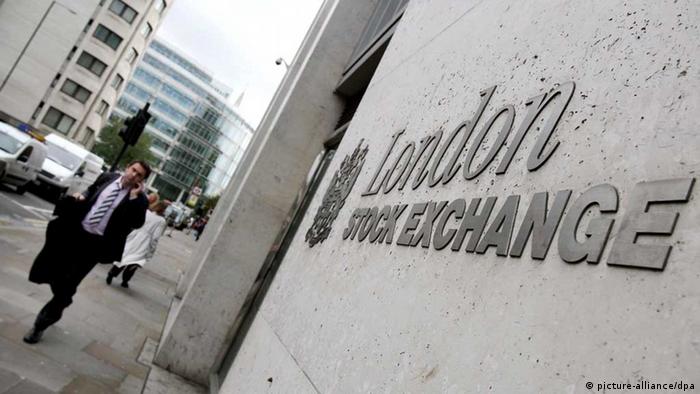 In a vote on Monday, 99.89 percent of London Stock Exchange Group shareholders supported the $27-billion (24.2-billion-euro) merger with Deutsche Börse.

The transaction was been described by both sides as a "merger of equals," which will create one of the world's biggest stock exchanges. Deutsche Börse operates the Frankfurt Stock Exchange, the Eurex derivatives exchange and clearing platform Clearstream. LSE Group owns the Milan stock exchange and LCH.Clearnet, among other holdings.

"I would like to thank our shareholders for their strong support for the merger," LSEG chairman Donald Brydon said in a statement after the vote. Deutsche Börse chairman Joachim Faber added: "I strongly endorse the statement of London Stock Exchange Group... and continue to recommend the transaction to the shareholders of Deutsche Börse."

LSEG said that the transaction "includes all necessary mechanisms" to respond to the outcome of Britain's vote last week to leave the European Union."

The merger deal was cast in doubt after the British referendum, when the German financial markets' regulator, BaFin, said it was opposed to the merged company being based in London.

BaFin has no formal say in the merger, but could hold up the transaction by requiring changes to its terms of the agreement.

Deutsche Börse shareholders will have until July 12 to decide whether to back the merger. The pair plans to seal the tie-up before the end of the month.

'Shackled to a corpse'

Under the terms of the deal, the holding company combining the two entities will be legally domiciled in London. But daily operations of the separate subsidies will be handled out of corresponding headquarters in London and Frankfurt. Deutsche Börse shareholders will end up with 54.4 percent of the new holding company's capital.

In London, some 50 shareholders gathered for the merger vote. Dinesh Jain, an individual shareholder, questioned why, after the Brexit vote, LSEG would want to "shackle ourselves to a corpse." The group should instead be looking to make deals with "lively" stock exchanges in Asia or Latin America.

Moreover, he asked what LSEG's management thought of threats by French President Francois Hollande to repatriate euro-denominated clearing to the eurozone.

LSEG chairman Donald Bydon replied by saying that "some people are already seeking to pick over the bones of the UK very, very rapidly."

"Everyone would be wise to take things a step at a time in this area," he said, adding that Britain would remain in the EU for at least another two years, during which there would be "ample time to work out the optimal structure for the deal."

LSEG currently runs a main clearing house for euro-denominated swaps in Europe through its LCH.Clearnet subsidiary. Some EU politicians have argued that the business cannot possibly continue to be based in London after Britain has left the EU.

The US company that owns the New York Stock Exchange has said it is considering making an offer for the London Stock Exchange, which is already in merger talks with Germany's Deutsche Börse. (01.03.2016)