The Loya Jirga, or the assembly of tribal elders, is Afghanistan's most powerful institution. Its approval of the release of Taliban prisoners has paved the way for intra-Afghan talks and possibly an end to the conflict. 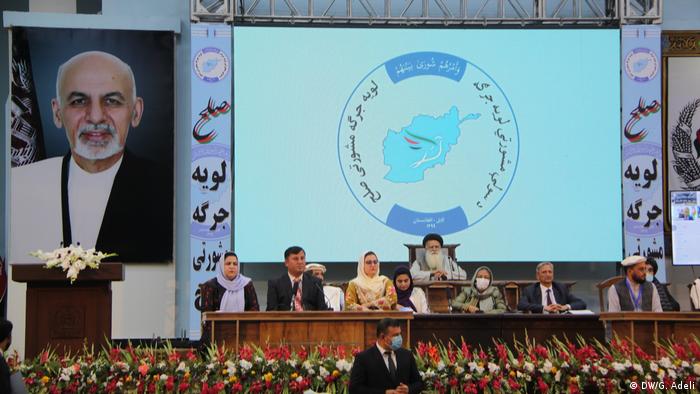 A traditional Afghan council of tribal elders concluded on Sunday with hundreds of delegates from across the country approving the release of 400 Taliban prisoners. The decision removed the last stumbling block to kickstart an intra-Afghan dialogue between the Afghan government, the Taliban and other national stakeholders.

The Loya Jirga also called for an immediate start to negotiations with the Taliban, which was removed from power by the US in 2001. The assembly of elders also urged all warring sides to announce a ceasefire to facilitate political talks.

President Ashraf Ghani's government swiftly endorsed the jirga decision, thus accepting a major Taliban demand that all of its incarcerated members must be released to initiate talks. The release of prisoners was also a major demand in the landmark US-Taliban deal  that was signed in February in Doha, Qatar.

The Taliban have welcomed the Loya Jirga decision and said the peace taks could start within ten days of the prisoner release.

No date has so far been set for intra-Afghan negotiations, but they are likely to start as early as next week in Doha, where the Taliban maintain a political office.

Afghan stakeholders will draw a plan for a new political setup in the country, which would see most of the US troops exit from the war-torn country.

President Ghani on Sunday praised the council's decision and urged the Taliban to stop fighting.

Taliban political spokesman Suhail Shaheen said the decision "was a good step, a positive step," adding that negotiations could start within one week of their prisoners being freed.

Shaheen said the Taliban were committed to their deal with the US, which states that "the ceasefire will be one of the items to be discussed during the intra-Afghan negotiations."

Washington had urged the council members to take the "difficult action" on the Taliban prisoner release so that negotiations could begin to bring an end to the 19-year-long war.

"To remove obstacles, to start peace talks and to stop the bloodshed, the Jirga confirms the release of 400 Taliban prisoners,'' said Atefa Tayeb, a council secretary who read out the final declaration at the conclusion.

After the Doha agreement, Kabul released all but the last 400 Islamist prisoners, prompting the Taliban to allege that President Ghani was not interested in negotiations. At the same time, the Taliban launched fresh attacks against Afghan forces to demonstrate their battlefield strength.

President Ghani said he was not authorized to free the 400 Taliban fighters because of the seriousness of their crimes, and asked for the Loya Jirga to decide instead.

The council delegates said they wanted international guarantees that the Taliban would not return to the battlefield.

The withdrawal of US forces from Afghanistan is not dependent on the success of intra-Afghan negotiations. US Secretary of State Mike Pompeo has made it clear that Washington wants a negotiated end to the conflict, including a ceasefire.

US Secretary of Defense Mark Esper said in an interview aired hours before the Loya Jirga announcement that troop numbers would fall below 5,000 by the end of November, shortly after the US presidential election.

Why is Loya Jirga important?

The Loya Jirga is held on extraordinary occasions and has a purely consultative function. It, however, carries huge significance in Afghan politics and society, and many consider it to be superior to even the Afghan parliament or the presidency.

The grand assembly traditionally involves ethnic Pashtun tribal elders — Afghanistan's largest ethnic group — but over the years, other ethnic groups have been allowed to take part to give them fair representation in decision-making.

In June 2002, seven months after the Taliban were ousted by US and international coalition forces, Hamid Karzai, who had already been appointed interim leader in a UN-led conference in Bonn, was sworn in as president for the first time at a Loya Jirga, which also approved his cabinet members.

In January 2004, Afghanistan's opposing factions agreed on a constitution at a Loya Jirga.

In November 2013, the assembly of tribal elders voted in favor of a crucial security deal with the US — the Bilateral Security Agreement. The Loya Jirga called on then president Hamid Karzai to sign the deal immediately, against his wishes.

In April, last year, the assembly of tribal elders advised President Ghani to endorse negotiations between the US and the Taliban.