With price for access among the lowest in the world, Internet is affordable for most Ukrainians. However, usage depends on age. Over 80 percent of people under the age of 45 are online. 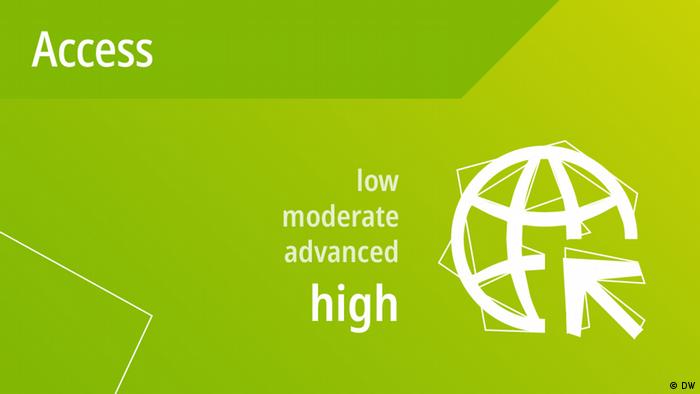 The overall level of digital participation for Internet access and penetration is high.

— Ukraine's Internet is barely regulated
— 1500 Internet service providers offer broadband Internet, many with high data rates
— The costs for broadband Internet are among the lowest in the world
— Ukraine only adopted 4G mobile Internet in 2018, but network operators are quickly building up their network
— The open structure of the Ukrainian Internet makes it difficult to block information effectively

In Derhachi, a small town outside of Kharkiv, the Internet has a physical address: Sumska Street 163 G, office 309. A side entrance to a Soviet-style commercial building leads the way to a badly-lit corridor above the local supermarket. On the door of office 309, a simple sign reads "DaNet," a pun that in Russian translates either as "Yes-No" or "Yes-Net." DaNet is Derhachi's biggest Internet provider, serving 3000 households and businesses in a town of roughly 20,000 inhabitants. "We can provide up to one Gigabit per second," says manager Natalya Fisun with a smile somewhere between modesty and pride.

According to Fisun, while DaNet's main competitor, the state-owned Ukrtelekom, is still operating with the much slower copper lines of its telephone network in Derhachi, DaNet is extending its fiber optic network. 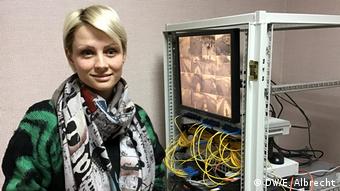 DaNet is one of about 1,500 Internet service providers active in Ukraine. Over 6,000 companies are registered as such with the authorities – a pro-forma procedure. "Ukraine is one of the most liberal countries with regard to Internet regulation," says Vitaliy Moroz, head of new media at Internews Ukraine. "For a long time, the government only looked at television." It was TV that promised political control over the masses; the Internet was free to develop.

Internet prices among the lowest in the world 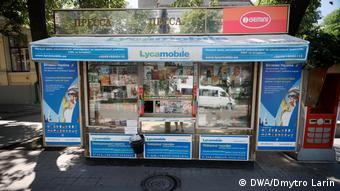 As a result, Ukrainian Internet is barely regulated. Many Internet service providers operate – like DaNet – akin to monopolists within one small town or even village, while in the cities, up to 15 providers can compete for customers within a single apartment building. "Competition keeps the prices down," says Moroz. The price of broadband Internet in Ukraine is among the lowest in the world.

"We started four years ago, offering broadband Internet for apartment buildings," says Fisun. Now, DaNet has expanded into the neighborhoods with detached houses, the predominant housing style in Derhachi. DaNet buys its traffic from the central lines that connect the country. "We then use the regional energy company poles for our fiber optic cables within town," says Fisun. "But this remains difficult."

In theory, a new law regulates prices for access to energy company poles. It was meant to create equal opportunities for Ukraine's smaller Internet service providers, who, in many places, are a driving force behind the digitalization of the country. Since prices for renting the poles are capped, the energy company has introduced extra fees for access to its poles. "There is still a lack of transparency," says Fisun.

4G mobile Internet only started in 2018

While Ukraine made great strides in the field of broadband Internet, mobile access to the Internet has been lagging behind for a long time. "All of Europe is discussing 5G, and we have only recently got 4G in bigger cities," says Maksym Tulyev from the Ukrainian Internet Association (UIA), a lobby group. The Ukrainian authorities only began issuing 4G licenses in 2018. "We are building the network very quickly, but haven't rolled out 4G in the entire country." As for the next step, 5G, discussions between the industry and the government have not even begun, according to Tulyev. "Nevertheless, I assume the network operators are already working on it." Operators started building their 4G networks long before they received a license for it, says Tulyev. "So, when they received their licenses, all they had to do was switch it on."

Most of the big mobile networks are owned by Russian businessmen. In fact, with tensions between Russia and Ukraine at a high point, MTS (short for Moscow Telephone Systems) bought a Vodafone franchise in order to disguise its Russian origin. 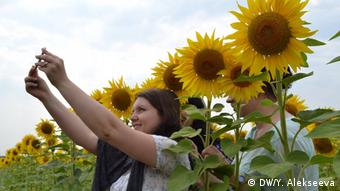 With the explosion of 4G Internet use within the last year, up-to-date numbers on Internet penetration in Ukraine are hard to come by. One survey put it as high as 93 percent. A study by Factum Group Ukraine, a media research company, puts the number of Ukrainians using the Internet once a month or more often at 64 percent, with the highest Internet usage  among people under the age of 45, at 82 to 90 percent. The gap between big cities, where 74 percent use the Internet regularly, and rural areas with usage levels at 54 percent is relatively small. "Seventy percent of the country has good connections," says Vitaliy Moroz with regard to mobile coverage. "The rest are remote areas with rural populations."

Currently, there is no obligation for mobile providers to cover the entire country, says Moroz, but there is a debate: "Who should provide access, the government or the mobile operators? And at whose expense?"

Zero-rating common, but not yet a threat to participation

Ukrainian mobile phone providers do offer zero-rating packages for messenger services or access to Facebook or YouTube, says Vita Volodovska from the Digitak security lab. "In Ukraine, this is not as serious a problem as in other countries, where everybody has access to WhatsApp, but not to the Internet." With data packages often including 20 to 30 GB of data per month, free access to certain services does not have a substantial effect on digital participation.

The Ukrainian digital infrastructure is very well connected to international networks. "Ukraine has a very strong backbone," says Maksym Tulyev from the Ukrainian Internet Association. "Since there is barely any regulation, providers are free to lay their own cables or rent capacity."  "We have several connections to big hubs in Frankfurt and Warsaw through Poland, Hungary, and Romania."

As a result, the infrastructure of the Ukrainian Internet makes it difficult to block information. "We have so many Internet providers, that it is virtually impossible to control every one of them," says Vita Volodovska. "We would have to build a separate Internet like China with limited connections to the outside."

The openness of the Ukrainian Internet also limits the effect of former President Petro Poroshenko's decision to block the sites of certain Russian media outlets and social networks, as far from all providers complied with the decree. 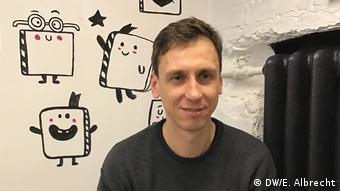 "Mobile providers heavily invest into the infrastructure of big cities. That's why we have 4G. But they had to pay a lot for the licenses. So, they will only slowly address the issues of smaller cities." 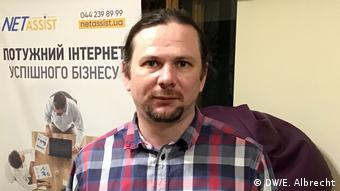 "Ukraine does not have one single point of access to international networks, but many. That is huge connectivity. We were well connected to Russia, but traffic has fallen substantially since the beginning on the war. On the other hand, Russia gets more than 60 percent of its own international Internet through Ukraine."

— Improve regulation for mobile providers in order to ensure better coverage of rural areas
This is vital to make sure that rural populations can exert their digital rights to freedom of expression and access to information. It is also a prerequisite for Ukraine's important agro-industry to become more innovative.

— Start preparing for 5G now
With a very Internet-savvy population and an export-focused IT sector, Ukraine cannot afford to be as late with the implementation of 5G as it was with 4G. The government therefore needs to prepare the licensing process now. 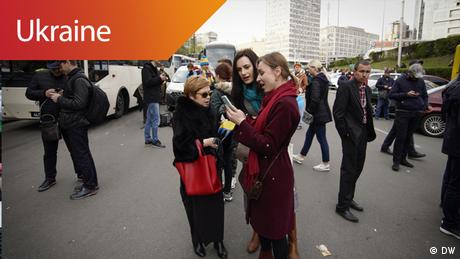 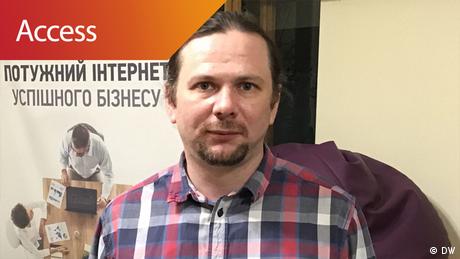 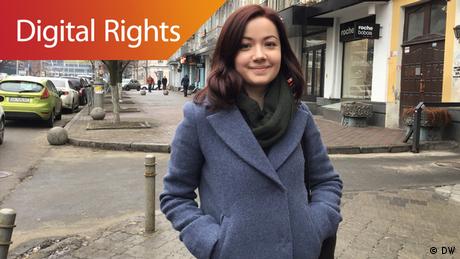 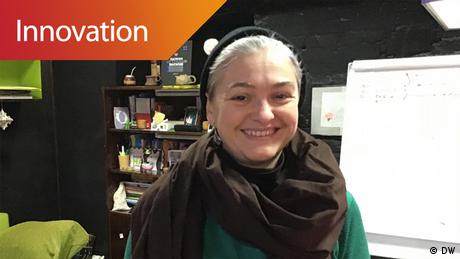 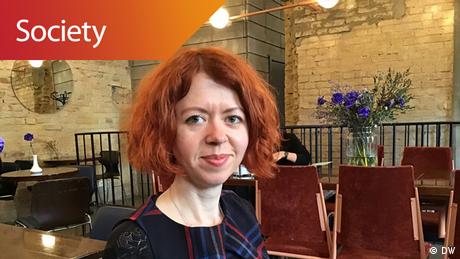 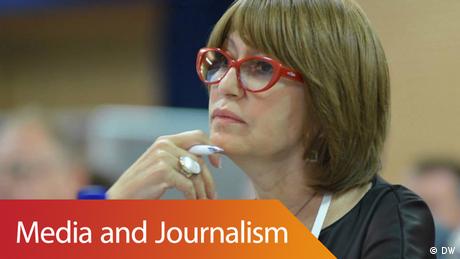 Evolution of Russia's informational warfare in Ukraine: Interview with Olga Yurkova of Stopfake

Since the 2014 Maidan revolution, Ukraine has been the primary target of Russian informational warfare. While the Kremlin has kept up its fake narratives, open lies are evolving into more subtle forms of manipulation.

Digitalization is advanced in Ukraine, but the ongoing conflict with Russia has had a negative impact on digital participation.

DW Akademie in Ukraine supports citizens as well as media practitioners to ensure a media landscape based on unbiased, factual information and innovative thinking.

Sources and data on digital participation in Ukraine

The Ukraine #speakup barometer research made use of a number of secondary sources on Internet infrastructure, media and journalism, digital rights, society and innovation that are compiled in this overview.

Ukraine has a world-class IT sector and a very active civil society that is driving innovation.