Europe's largest no-frills airline, Ryanair, has reported a surge in first-quarter earnings, boosted by a higher number of passengers. The Irish carrier said higher customer satisfaction was behind the figures. 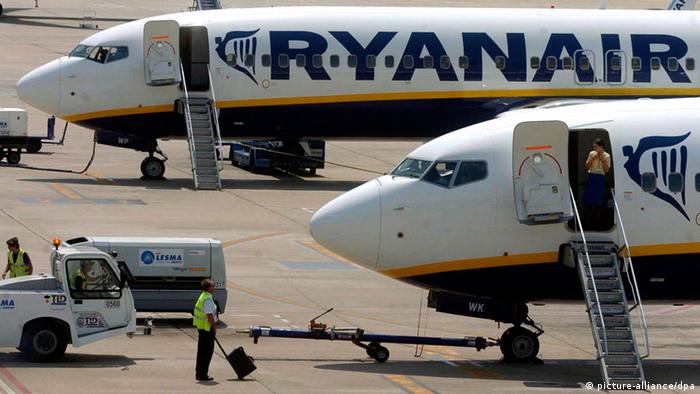 The figure marked a staggering 152-percent increase over bottom-line profit in the same quarter a year earlier when the airline was 78 billion euros in the black.

The marked rise in earnings came with a mounting number of passengers, which surpassed the 24-million threshold. Ryanair said airport and baggage fee reductions were offset by the growing uptake of allocated seating.

The Dublin-based company pointed out it had opened four new bases at Athens, Brussels, Lisbon and Rome, with another four at Cologne, Gdansk, Warsaw and Glasgow to be inaugurated this coming winter.

Ryanair spoke of gratifying figures, saying its revamped customer satisfaction program "had delivered improvements in addition to the initiatives taken last September, including allocated seating and an easier-to-use website."

The low-budget carrier said it was aiming for at least 620 million euros in full-year profit, thus raising its earlier predictions. Ryanair's forecast for the whole of 2014 puts it ahead of airlines such as Air France and Lufthansa which have had to lower its expectations recently amid fierce competition.

Germany's largest airline, Lufthansa, has said it will try to bolster profitability by investing more and extending its low-budget services. The announcement came a month after a 2014/2015 profit warning. (09.07.2014)

Europe's biggest low-budget carrier Ryanair has said fierce competition on the continent's hotly contested markets has resulted in lower full-year earnings. But the Irish airline is optimistic about 2014. (19.05.2014)