A court in Germany has decided an involuntary manslaughter trial of 10 people in connection with the Love Parade tragedy will go ahead. A lower court had last year ruled not to hear the case due to a lack of evidence. 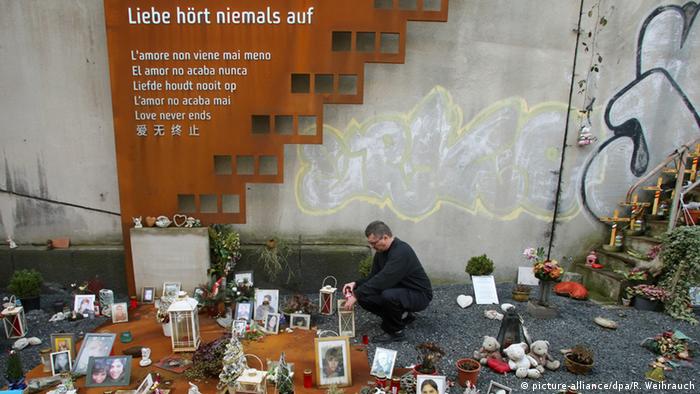 Almost seven years after the deadly stampede at the Love Parade techno music festival in Duisburg, a court in nearby Düsseldorf announced Monday that a criminal trial against 10 festival organizers and city employees should go ahead. 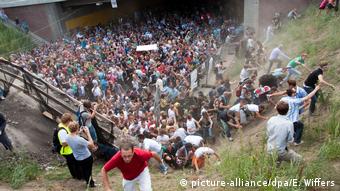 Panic broke out at the festival venue in 2010

The higher court overruled a local court which had rejected the trial last year on the basis that there was likely not enough evidence for the prosecution to be successful. It ruled that there was a "sufficient probability" of convictions and that the lower court had set "overly high demands" of the chances of conviction to make its decision.

In the July 24, 2010 disaster, 21 people were trampled to death in a mass panic as the narrow entrance tunnel to the venue, a former railway yard, became a lethal bottleneck. Hundreds of concertgoers were injured.

The tragedy deeply impacted Germany and sent shockwaves throughout the world. The victims who died came from six countries as well as Germany. But many questions about what caused the tragedy and who was responsible remain unanswered. Several civil cases have gone to court during the past seven years.

The Düsseldorf court's judgement was welcomed by public prosecutor's office in Duisburg.

"The decision provides victims and their relatives with the certainty that a legal review of the disaster will soon come to a public trial," prosecutors said in a statement on Monday.

Victims' lawyers were also quick to welcome the ruling. Professor Thomas Feltes, representing of a father whose daughter was killed, told German news agency dpa his clients could not understand the initial decision not to go to trial.

"Back then it was a slap in the face for the victims, now they are relieved."

Lawyer Bärbel Schönhof, who represents several of the victims, said: "It must be made clear what happened, where mistakes were made."

The Düsseldorf court dismissed several key aspects of the lower court's judgment, including ruling that evidence from British expert Keith Still - which had been criticized as deficient by the lower court - was admissible.

It will now be up to the Duisburg court to set dates for the criminal trial.

The city of Duisburg has approved plans to build a designer outlet center on the property where 21 people died in a stampede in 2010. Families of the victims worry about what that would mean for a memorial. (23.03.2017)