Long Night of Ideas: How can culture counter populists?

The Long Night of Ideas in Berlin took a look this year at growing threats to freedom of expression around the world. A talk at the Maxim Gorki Theater examined what Germany can do to help protect this human right. 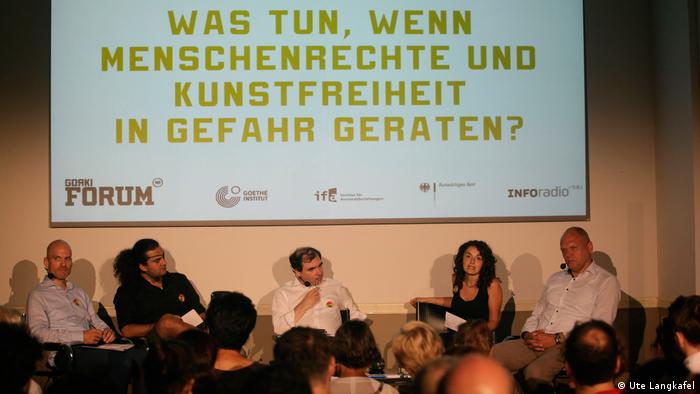 Museums and cultural facilities across Berlin hosted the third annual Long Night of Ideas (Lange Nacht der Ideen) event, with institutions from the Museum of Islamic Art to the Silent Green culture center all opening their doors for free live music, exhibitions and public talks.

Organizers decided to look at open societies against the backdrop of increasing populism as the main theme of this year's edition of the event. Sponsored by the Foreign Ministry and its partners such as the Goethe-Institut, the Humboldt Forum and the Barenboim-Said Academy, the Long Night of Ideas examined questions like what contributions cultural institutions can make to counter growing criticism of the European Union, and how freedom of speech and art can better be preserved in places where creative voices are often silenced by populist leaders.

The Maxim Gorki Theater, one of the 15 participating organizations, hosted a talk titled "What Can Be Done When Human Rights and Freedom of Expression Are in Danger?" The panel included Esra Kücük, a board member at the Maxim Gorki Theater and a member of the Artists at Risk organization, who supports artists from Turkey; Johannes Ebert, the secretary-general of the Goethe-Institut; the Syrian writer and director Anis Hamdoun; and Maik Müller, representing a program that advocates for the protection of artists under threat. 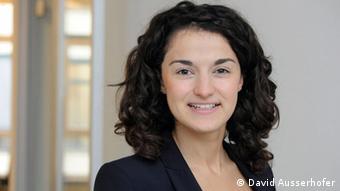 Shermin Langhoff, the director general of the Maxim Gorki Theater, stressed early in the talk that the event was intended to seek ways to address the fact that "authoritative governments and worldviews that highly contradict our world order have made their way to Europe."

Langhoff highlighted that, on a daily basis now, her colleagues at the Maxim Gorki were exposed to reprisals for the tolerant views that the theater espouses.

Müller said there was a growing trend around the world of liberties being increasingly curtailed, especially for artists and performers. He added that the methods of suppressing artists varied from censorship to torture.

Kücük remarked that it was surprising that artists were first in the line of fire in places where democracy suffered — as opposed to large corporations or political organizations, which usually hold a lot more power.

Ebert said institutions in Germany had to "demonstrate for those abroad how much solidarity there is in the cultural scene here." Even that would exert a certain amount of influence on politicians in countries with fewer liberties when done subtly, he added.

Ebert's words were echoed recently by Michelle Müntefering, who is in charge of international cultural policy at the Foreign Ministry. She had only recently said that Germany needs to serve as an advocate of protecting, maintaining and encouraging freedom of expression around the world, underlining that Germany had a special responsibility in this area because of its history. 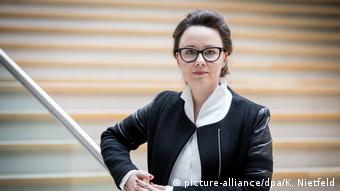 Germany appears to be doing just that with its numerous cultural and educational facilities abroad — to varying levels of success. Hamdoun, the director from Syria, said the good intentions of foreign governments did not always change life under oppressive regimes. Artists have to balance how much foreign help they can accept without looking like they are being critical of the government by only relying on foreign income.

Kücük, however, said that in her experience with artists in Turkey, the support from German cultural institutions has always been very welcome. The notion of obeying the demands of authoritarian rulers preemptively was a wrong approach, she added.

Hamdoun replied that he welcomed any success at attempts to strengthen freedom of expression abroad while emphasizing that there was still some work that Germany needed to do at home:

"People see a Syrian refugee, who happens to be a director, when they look at me. They don't just see a regular director. I've witnessed this many times," he said during the talk.

"The way that people that come here from abroad are viewed still has to change," he said. 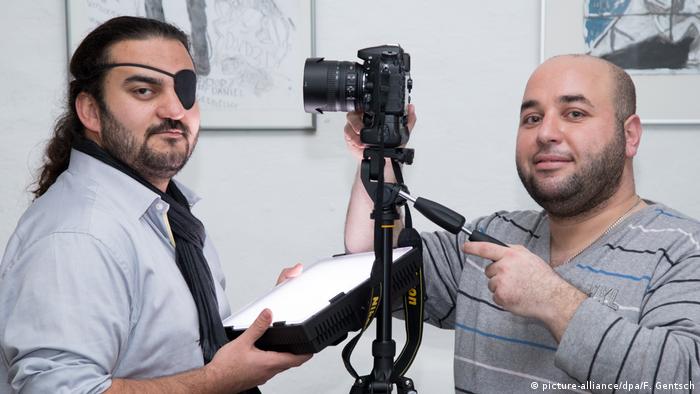 Anis Hamdoun (l.) says there's much more to his life story than just the label "refugee"