The death toll from the London tower block fire has risen to 17 as authorities get ready to search the ruin. The police chief says it does not appear to the be the work of terrorists.

At least 12 dead in London blaze

London Metropolitan Police said at least 17 people had died after a violent fire engulfed a high-rise tower block in west London in the early hours of Wednesday morning.

"Sadly I can confirm that the number of people that have died is now 17," Metropolitan Police commander Stuart Cundy said in a televised statement on Thursday.

Ambulance officials said that 78 people were receiving medical treatment in hospitals, with 18 of those patients in critical care.

Commissioner of the London Fire Brigade Dany Cotton said she had not seen anything like the fire in her 29 years of service.

She said that the fire started on the second floor, but that firefighters did not know how it started. Later, Cotton confirmed that rescue teams reached at least the 19th floor, and they were still working on clearing the building.

The building was "structurally safe" for emergency response crews to continue operations, she added, citing an assessment from a structural engineer. A further report said the building was not in danger of collapsing. However, police cordoned off the area surrounding the building over fears that it may collapse.

"Crews have been working in extremely challenging and difficult conditions to rescue people and bring this major fire under control," Cotton told reporters. 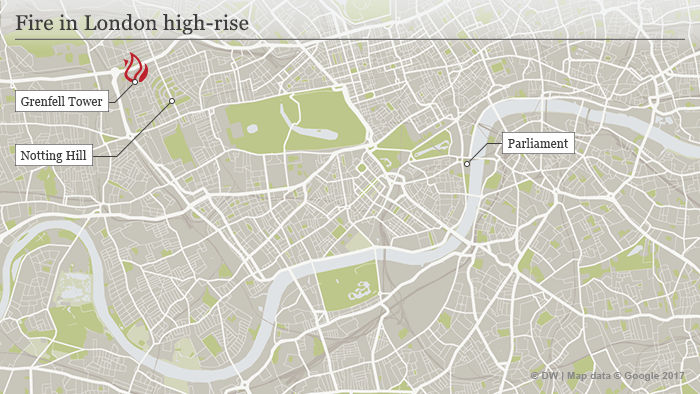 Earlier, George Clarke, a television presenter living close to scene, told BBC Radio that he saw people on the top floor of the block flashing their torches. "They obviously can't get out," he added. 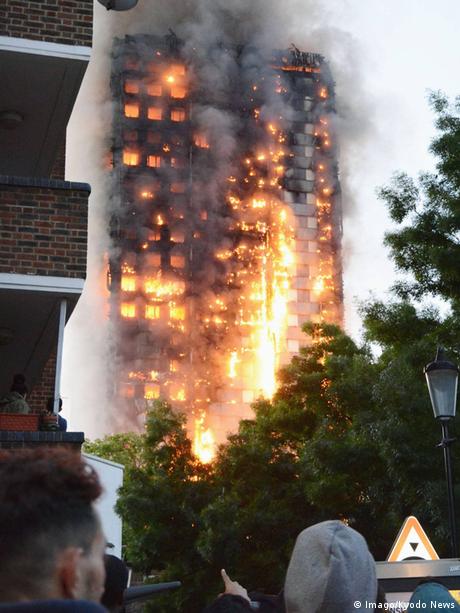 Officials said the fire burned through the entire building and stretched from the second to the 27th floor.

Police said they were called to the scene of the blaze at 1:16 a.m. local time (0016 UTC). The fire service said it had deployed 200 firefighters and 40 fire engines.

"We are working closely with London Fire Brigade and the Metropolitan Police with our priority being to get people to safety and ensure they receive medical help as quickly as possible," the London Ambulance Service said in a statement.

Some reports suggested that the fire even engulfed the tower's fire exit, making any rescue efforts extremely difficult. The cause of the fire is not yet clear.

Last year, residents of the public housing building warned authorities that the garbage accumulated during improvement work to the building could pose a fire risk.

"This matter is of particular concern as there is only one entry and exit to Grenfell Tower during improvement works," said a blog post by the Grenfell Action Group.

"The potential for a fire to break out in the communal area on the walkway does not bear thinking about as residents would be trapped in the building with no way out," the group added.

London Mayor Khan said questions will need to be answered following the deadly blaze. The building, which housed an estimated 500 people, is owned by the Royal Borough of Kensington and Chelsea, the local council.

London Fire Brigade's commissioner said authorities will be investigating the cause behind the fire throughout the coming days.

German police have launched an investigation after a fire broke out at a refugee home in Bremen, injuring 37 people. It's still unclear what caused the fire, which started in a garbage can in the building's basement. (11.06.2017)

The blaze broke out at a partially built residential tower close to the Burj Khalifa, the world's tallest building. The Gulf city has seen several fires at high-rises in recent years. (02.04.2017)

At least 12 dead in London blaze